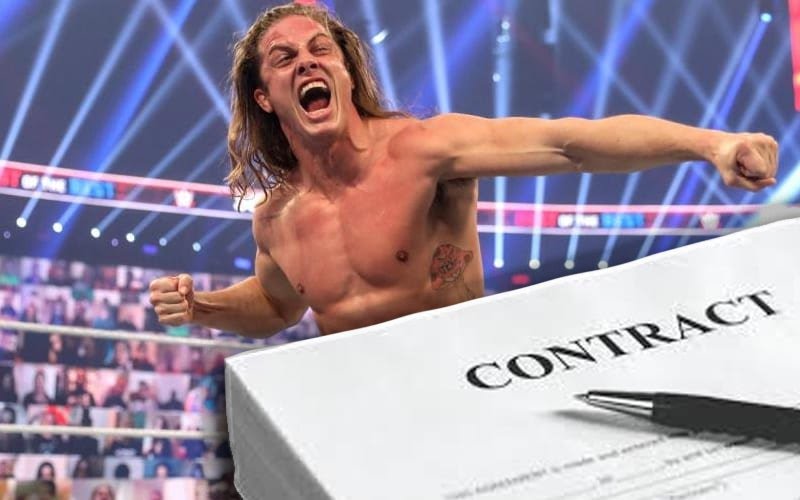 Riddle has signed a new contract with WWE. At the end of 2020, the specialized portal Fightful already reported that ‘The Original Bro’ had reached an agreement with the McMahon family company before the end of the year. However, in recent weeks, several rumors have emerged that, in reality, this would not have happened and that Riddle would not have signed any contract extensions.

This afternoon, Sean Ross Sapp of Fightful stated that the media has verified the information and that Riddle did indeed sign a new contract.

In addition, he has detailed that it is not a contract extension as mentioned, but that the former NXT tag team champion has reached a new agreement that replaces the conditions established in 2018 and that will keep him united with WWE until the end of the year 2023.

Dave Meltzer, a journalist for the Wrestling Observer, announced in mid-December that WWE put on the table a three-year renewal agreement to Riddle worth about $ 400,000 a year guaranteed, plus an additional $ 50,000 for each show in Saudi Arabia.

Fightful added that this multi-year deal worth $ 400,000 a year was not the first offer WWE made. “They made an initial offer to Riddle and he didn’t seem too interested in renewing.” This made the company improve its conditions, which would end up accepting ‘The Original Bro’. It has established itself as one of the faces of RAW.

Riddle has become one of the most prominent faces on Monday Night RAW. Since his transfer in the Draft, he has participated in the main stories of the red brand, being one of the outstanding superstars in Survivor Series and being immersed in a rivalry with Bobby Lashley for the United States Championship.

He has the support of Vince McMahon It was recently reported that Riddle has earned significant support on his way up the WWE main roster – Vince McMahon. “For McMahon, that’s a lot of fun in his own strange way,” wrote Dave Meltzer. “He just doesn’t understand what ‘The Bro’ is, but he thinks it’s funny and thinks it has to be kept on television to grow.”