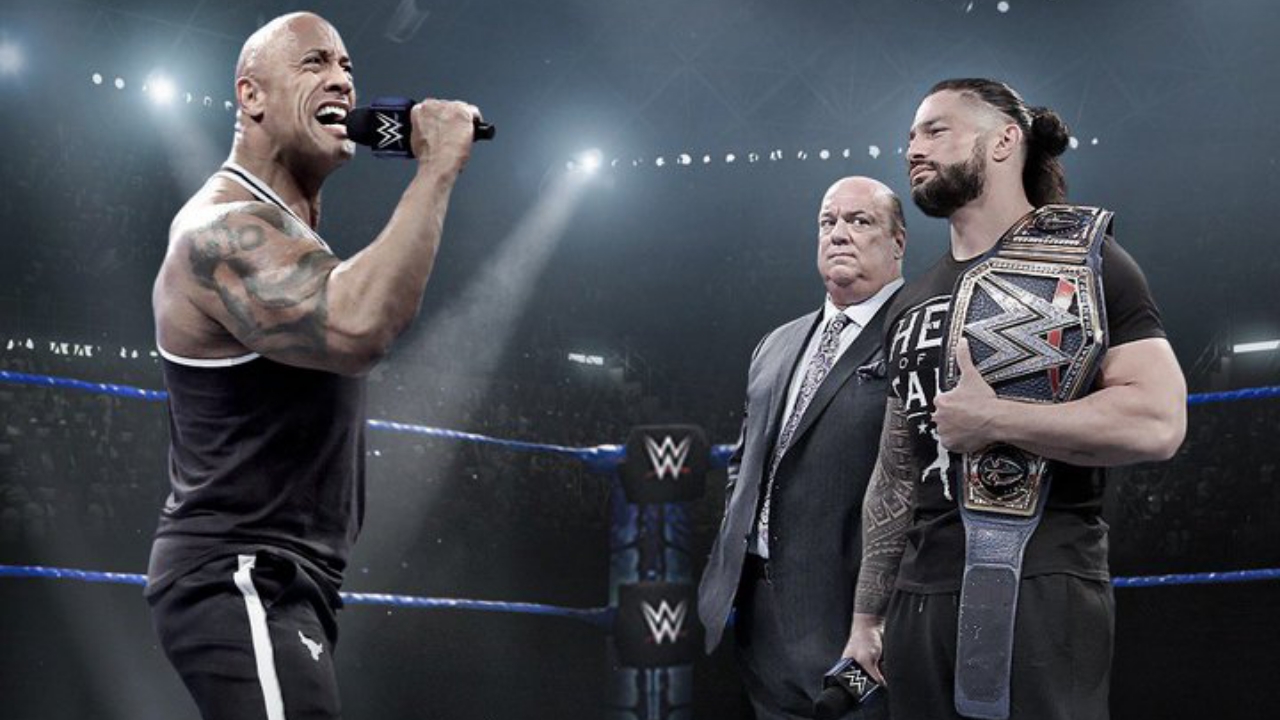 Fans have been very excited over the past few years about the Dream Match Roman Reigns vs The Rock in the WWE Ring. Everyone is looking forward to seeing this match, Roman Reigns is currently at the top of WWE’s current roster & since he adopted the heel character, many fans have started liking him.

Roman has won the WWE Universal Championship since his return at SumerSlam last year and since then he has defended it many times, during which he has defeated many big superstars. Paul Heyman, special counsel of Roman Reigns, recently spoke to  Kenny McIntosh of Inside The Ropes this week. during which he was asked about a possible match Roman Reigns vs The Rock, to which Heyman said that Roman is the top WrestleMania main eventer of WWE Wants to work with him in the ring, if someone says that he doesn’t want to work with Roman, then he is definitely lying to you.“

Regarding Roman vs Rock, I would say that Roman is the head of the table, in this, Rock’s departure from that match is fixed, he will also have to Acknowledge Roman Reigns.

Reigns is currently supported by the The Usos and the storyline is going on about Family Proud. The Rock also comes from Roman’s family, so this dream match could be more interesting. WWE should book this match as soon as possible, on one hand the Rock has a busy Hollywood schedule, and on the other, he is moving forward. Let’s know when do you want to see the match between Roman and The Rock?