New entrants announced for WWE Royal Rumble 2021 battles royal Nia Jax and Shayna Baszler are the first female superstars to be announced for the match on Monday Night RAW Bobby Lashley is the second male competitor to confirm his participation in Royal Rumble.

During the Friday Night SmackDown broadcasts via FOX, three new Superstars have been announced for the Royal Rumble 2021 Men’s and Women’s Royal Battles, WWE’s upcoming pay-per-view.

Three red-brand competitors have stepped forward in their intentions to take home the battle royal for a place at WrestleMania. On the men’s side, Bobby Lashley announced his participation in the match moments before the match between The Hurt Business against The New Day and The Hardy Bros. Lashley will make his fourth appearance in a Royal Rumble match after competing in the 2006, 2019 editions and Greatest Royal Rumble.

On the side of the women’s division, Nia Jax and Shayna Baszler jointly announced their intentions to be victorious in the women’s Royal Rumble match. Nia Jax will compete for the third consecutive year in the real battle, also adding a participation in the men’s version of the fight in 2019. 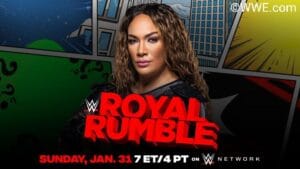 On the other hand, Baszler will just have her second chance to be part of this fight, having been among the finalists of the 2020 edition. WWE Royal Rumble will take place on January 31, 2021 from Tropicana Field in Saint Petersburg, Florida. Fans will be able to watch this event via pay-per-view and through WWE Network, as well as in the virtual audience “ThunderDome” mode. Next, the billboard of the event to date.