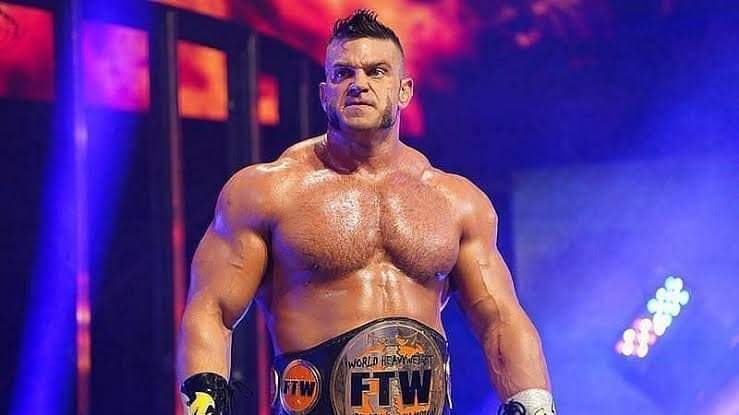 Brian Cage and other AEW talent’s contracts will expire soon “The Machine” played his last match in October 2021 Everything seems to indicate that AEW will have to do without several fighters due to a somewhat saturated roster.

As reported, Lio Rush’s contract with AEW will expire next month, so he will be a free agent shortly. Meanwhile, PWInsider has notified the names of three other AEW stars whose contracts will also end in the coming months. One of them is Marko Stunt. The member of Jurassic Express, who has not appeared on AEW programming in recent months, is one of the fighters whose contract expires soon.

Stunt teased on twitter about a “resurrection” this weekend, which could indicate that he will appear on The WRLD at the GCW pay-per-view, which takes place tomorrow night in New York City.

Another of the names whose contract is close to ending is that of Joey Janela. PWInsider adds that if she doesn’t renew her deal, it will run out shortly before Double or Nothing 2022. Janela has been competing primarily on AEW Dark and AEW Dark: Elevation.

But the most prominent name on this list is former FTW Champion Brian Cage. The fighter, who played his last fight in October of last year, is another of the stars whose contract will expire soon. Cage came to AEW after his good time at Impact Wrestling. The fighter debuted in Double or Nothing 2021, and has participated in some of the most important rivalries in the company.

His push never materialized in AEW like many thought it would. For one reason or another, Tony Khan never paid much attention to “The Machine” and now his contract is running out. In this sense, the wrestler’s wife, Melissa Santos, publicly stated on Twitter that she was not happy with the way AEW was using him.

It is still possible that the company reaches an agreement with the names mentioned above, but everything seems to indicate that there will be several departures this year, especially considering that the AEW roster is somewhat saturated.