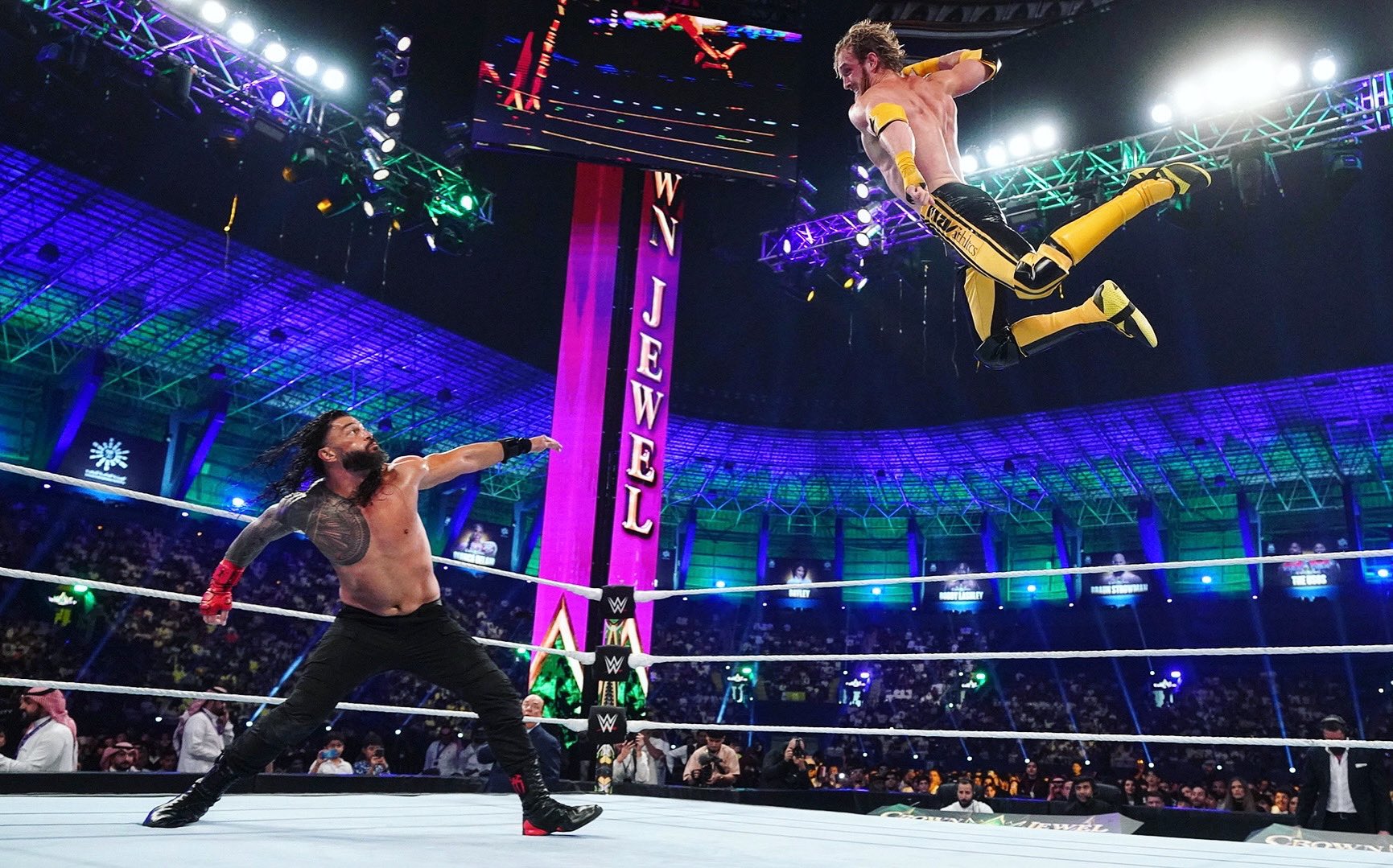 THROUGH THE TABLE @WWE pic.twitter.com/hmVslclxgs

The youtuber made some risky movements throughout the match, highlighting the frog splash that he carried out from the corner, launching himself on Reigns, who remained motionless on the commentators’ table.  This particular spot was recorded by Paul himself, becoming one of the highlights of the event.

Paul offered a great show, putting the champion on the ropes.  However, his performance ended up taking its toll on him, as he revealed on his Twitter account, where he confirmed having torn his meniscus, the MCL (median collateral ligament), and probably the ACL (anterior cruciate ligament), during his fight, specifically towards the middle of it.

Logan Paul was one of the most outstanding protagonists of WWE Crown Jewel, the last PLE of the company held in Riyadh, Saudi Arabia.  The youtuber and amateur boxer faced Roman Reigns in a singles match with the Unified Universal Championship at stake. Although he was not able to beat tribal chief Roman Reigns & Reigns historic title run will continue.