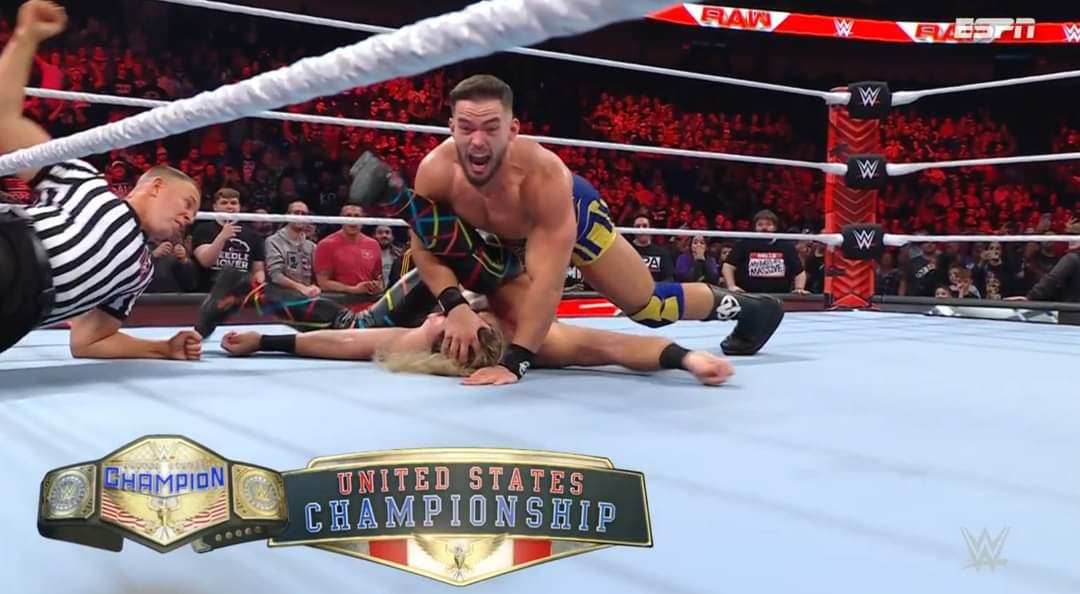 Video Austin Theory fails to cash in his MITB contract

During the main event of Monday Night RAW Seth Rollins managed to retain the United States Championship after defeating Austin Theory in one on one match after the Money in the Bank exchange.

After an ambush by Bobby Lashley, Seth Rollins was hurt before an Austin Theory who decided to corner him with his starting opportunity. “The A-Town” made his exchange of the briefcase official and “The Visionary” positioned himself in the corner for the fight.

The matchup saw Theory dominate in the opening moments, but Rollins managed to counter him by catching him in a Pedigree. When Austin was about to get the victory, Bobby Lashley decided to push the referee out of the ring and directed his anger towards “The A-Town”. A sore Theory made it to the ring before the ten count only to receive the Curb Stomp that allowed Rollins to continue reigning with the belt.

Will @_Theory1 successfully cash in his #MITB contract against @WWERollins right now on #WWERaw to become the NEW #USChampion? pic.twitter.com/9A2oWvvH7f

In this way, Seth Rollins retains the WWE United States Championship in his second starting defense. “The Vision” extends his reign to 28 days from his victory on the Monday Night RAW season opener. Rollins defeated former champion Bobby Lashley on October 10 in Brooklyn to lift this title for the second time in his career.

What a wild turn of events.

On the other hand, Austin Theory sees the end of a 128-day cycle as Mr. Money in the Bank. “The A-Town” also makes history by becoming the first briefcase owner to opt for a non-world title for his title match. Theory joins names like John Cena, Baron Corbin and Braun Strowman who also failed to redeem the briefcase in previous years.