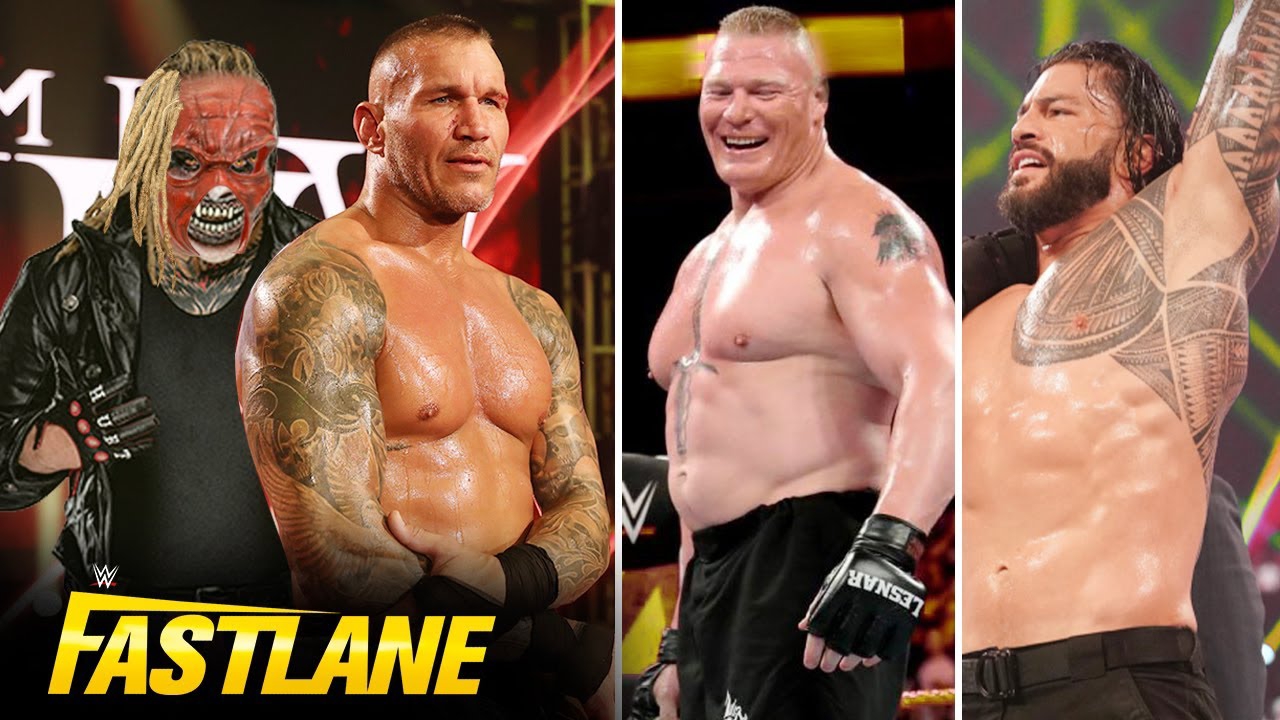 This Sunday, March 21, Fastlane will be held, one of the most transitory events in recent years in which we have seen all kinds of billboards. On this occasion, there is not much that makes us think that the course of any main idea of ​​WrestleMania is going to change, but as usual every month, in this article I bring you my personal opinion of what can happen in the matches that make up the official billboard of the show. 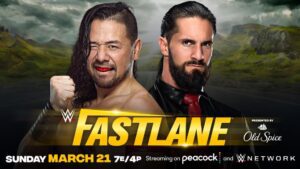 Everything indicates that one of the most promising matches of WrestleMania will be Cesaro against Seth Rollins. This means that the Messiah must arrive in one piece. Shinsuke Nakamura has been very consistent in 2021 and has achieved great things, even leading some to believe that he had a chance to win the Battle Royal at WrestleMania. But Seth Rollins must win in this fight to regain the little credibility that he still has by maintaining this character that, unlike many, I have not liked in almost any of its phases. On SmackDown they showed us that Nakamura will give him a lot of war, and I think it’s great because they have the option of giving us one of the matches from the show, but Seth Rollins is not cut out for the job in this case. 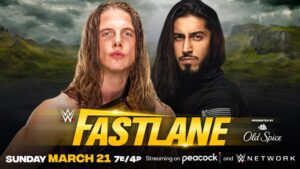 The equality of these two fighters is sustained thanks to the existence of RETRIBUTION, a group that has lost all credibility. In the last episode of Monday Night Raw, Mustafa Ali already had his chance against Riddle and the fact that T-BAR marked the umpteenth error, intervening at the most inappropriate moment, suggests that the stable will soon dissolve, as they advanced some media in recent weeks. If Vince McMahon wants to keep them together, the first step will be to give Ali the Championship, but I think Riddle is doing well and will pass the test. 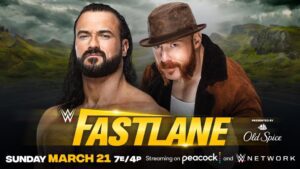 The announcement of this match was quite strange to me. Drew McIntyre becomes the contender for the WWE title at WrestleMania. Sheamus loses to Lashley. Drew McIntyre will face Sheamus at Fastlane. The truth is that, as much as the Scotsman wants to sell us that he wants to close his rivalry before the great event with his former friend, this order of factors is strange.

That makes me think Sheamus might ring the bell this Sunday, albeit possibly with help. The possibility of celebrating a triple threat at WrestleMania has been discussed for some time, but I rule out that someone is incorporated into the equation of Edge against Roman Reigns. To add more doubts, the company added a stipulation No Holds Barred in the last hours, where anyone can intervene.

However, this theory does not add up to me for the simple fact that Lashley was much stronger and more tenacious than Sheamus in the last episode of Monday Night Raw. That difference would uncheck Sheamus from the fight of the great event and give Drew McIntyre the opportunity to show that he is on the same level as the current champion. 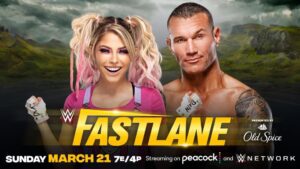 It is difficult to predict what will happen in this fight. We don’t even know if WWE will continue with the occult roll or if they will decide to take this fight to a more cinematic setting. Whatever it is, it seems that everything is destined for the return of ‘The Fiend’ Bray Wyatt at Fastlane or before WrestleMania. On that basis, Vince is likely to want to stretch the gum even further. Anyway, he’s done it for too long – in my view – so a few more weeks won’t alter the plan. I don’t see Alexa Bliss fighting Randy Orton head on, not because of being a woman against a man, but because of the obvious physical differences. So I imagine this will be another one of the Wyatt Universe’s mind games.

It has taken us a long time to get to this point and we seem to have no memory. The division into pairs of women has had few real incentives in its history. We could count on the fingers of one hand the reigns that have been worthwhile and, for me, the current one is one of them. WWE made the mistake of giving the titles to Asuka and Charlotte Flair in January, something they had to amend within a few weeks. Mixing the current champion of a brand with the titles as a couple discredits the straps. At other times in history it has worked, but not with such a title and its current situation. I don’t think WWE will make the same mistake again.

I would bet that WWE will go easy and take advantage of this match to warm the atmosphere between Sasha Banks and Bianca Belair for their fight at WrestleMania. In addition, it seems that the current champions already have a set of new rivals after Fastlane: Natalya and Tamina. 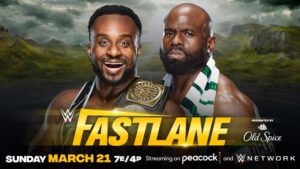 One of the most interesting matches of the night will take place for the WWE Intercontinental Championship, a title that has not been defended over the last year in a PPV event. It became the trophy to defend on SmackDown and now, at last, he will have the opportunity to reach more eyes. WWE presents us with a rivalry with two opposing personalities. Big E remains the man of positivity, while Apollo Crews has decided to travel back to his roots and bring out the tough stuff in his family to survive. Honestly, I have many doubts about what can happen here because Crews already had other opportunities in the past and WWE has decided to return him to the ring when it seemed that this rivalry was over. A title change to have a rematch at WrestleMania with Big E regaining the strap before the public? It would fit. However, I still think that WWE wants to continue to trust one of its biggest bets for the future and that Fastlane is a mere formality. 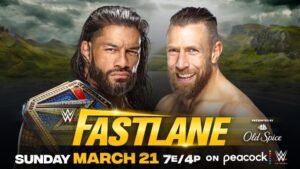 I don’t think there is any surprise here. Honestly, I don’t join the bandwagon of many people. Roman Reigns has eliminated a host of opponents since his return and needs – yes, once again – a stellar match at WrestleMania. It does not matter who is the person who is at ringside, if Edge or Jey Uso, because the result will be the same. Finally it will be Edge and that makes me think that they will force Roman Reigns to win a match cleanly – at last – to arrive in full condition at WrestleMania. Edge against Roman Reigns is the media fight of this WrestleMania and introducing a third person here (or replacing Roman Reigns) would be a mistake at all levels, as long as the company has a major surprise on its hands or that Vince is It may have crossed your mind to repeat that dream match of last year that has been talked about so much (Goldberg). If Brock Lesnar came back and faced Bobby Lashley, I would buy it from you, but since this is not going to be the case, I see almost impossible that there will be a starting change in this fight.