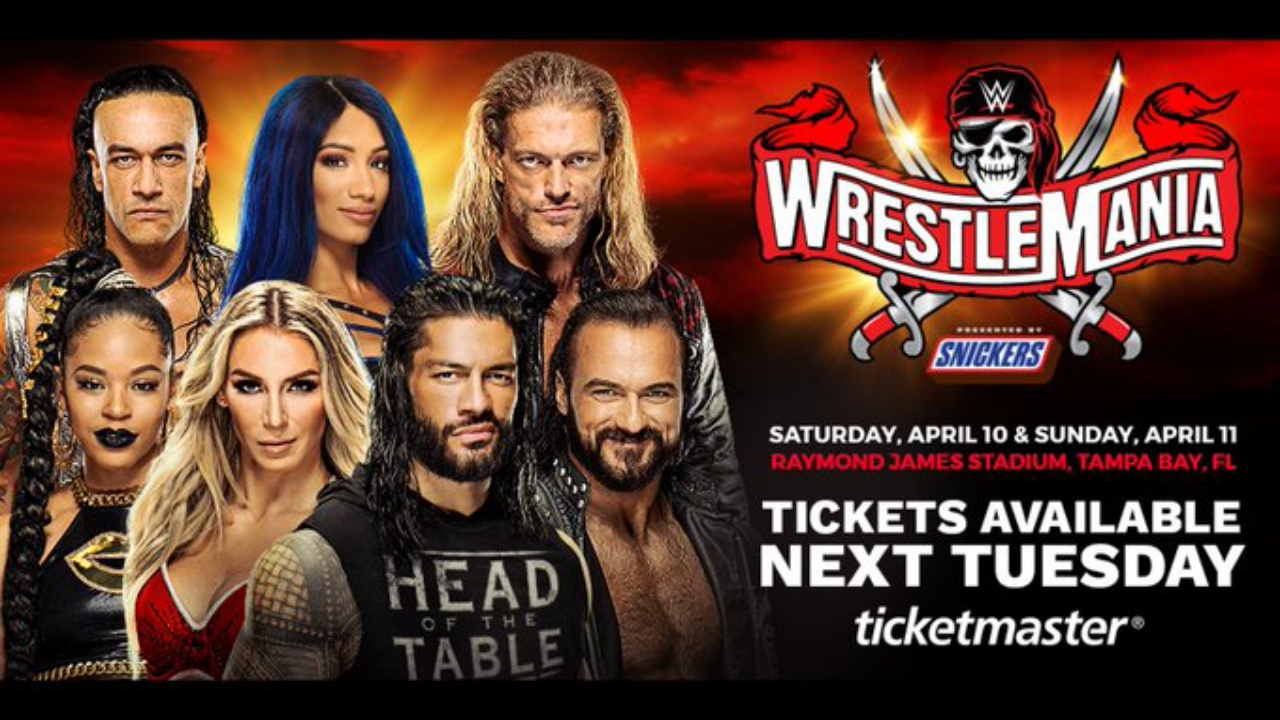 WrestleMania is slated for April 10-11 at Raymond James Stadium in Tampa, Florida, and during this week’s Monday Night Raw WWE finally confirmed when fans will be able to buy tickets for the event. After a show-opening segment involving The Miz, a commercial aired confirming single tickets and limited combo tickets will be available online on March 16.

#WrestleMania Tickets will be available NEXT TUESDAY! pic.twitter.com/c4BVWParv8

This will be the first WWE pay-per-view with live fans since the Elimination Chamber 2020 event. Since then, shows have either been held in the empty Performance Center or the WWE ThunderDome.

Are you exited to watch WrestleMania live? Follow wrestling unseen for more updates.