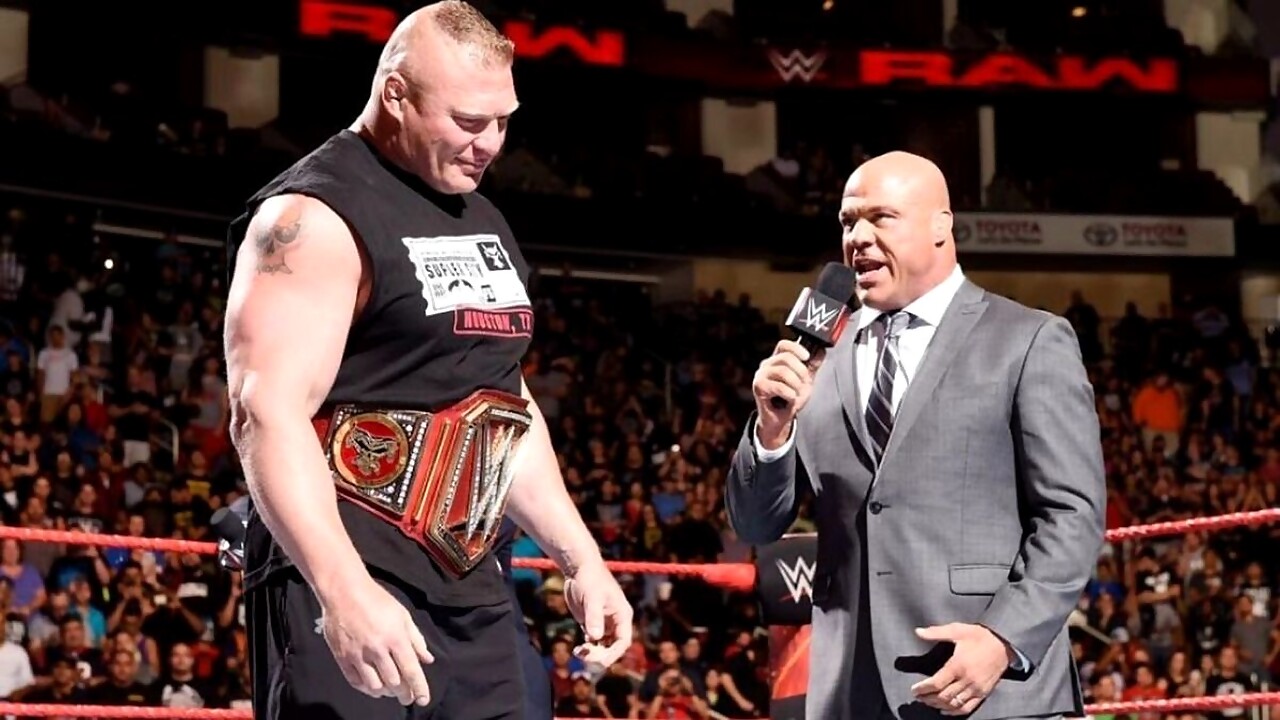 Kurt Angle, on Brock Lesnar: “His priority is money and then passion” Kurt Angle discusses his experience working with Brock Lesnar at NJPW.

On the latest episode of The Kurt Angle Show, the Olympic gold medalist talked about wrestling with Brock Lesnar and recalled when they worked in 2004 at NJPW. Here are the most outstanding statements:

“Brock approached me to go to work in Japan and we ended up going to NJPW. I had a phenomenal fight with him and I won the World Championship. After the fight, he told me at the press conference to ask for a rematch. I didn’t. I knew at the time, but I heard that Lesnar was making a lot of money from those matches, he wanted to be champion for as long as he could and he didn’t want to lose the belt to just anyone. So he told New Japan that if they brought me in, I’d do the I’m working to lose him. That happened. Rematch was his way of coming back and making more money. “

Lesnar is a very severe businessman. For him it is money first and then passion. Everything revolves around how much you can win in a fight. The last time I spoke to him was when he was considering trying out football or the UFC, he didn’t know what to choose. Finally, he decided on the first option and years later went to the UFC.

” “I knew I would eventually end up trying to get into the UFC. I was surprised that it took so long, I think it took him about 4 years to get to the UFC. I know that he was in negotiations with Dana White for many years, more or less since he was fighting in Japan that they wanted to work together. “