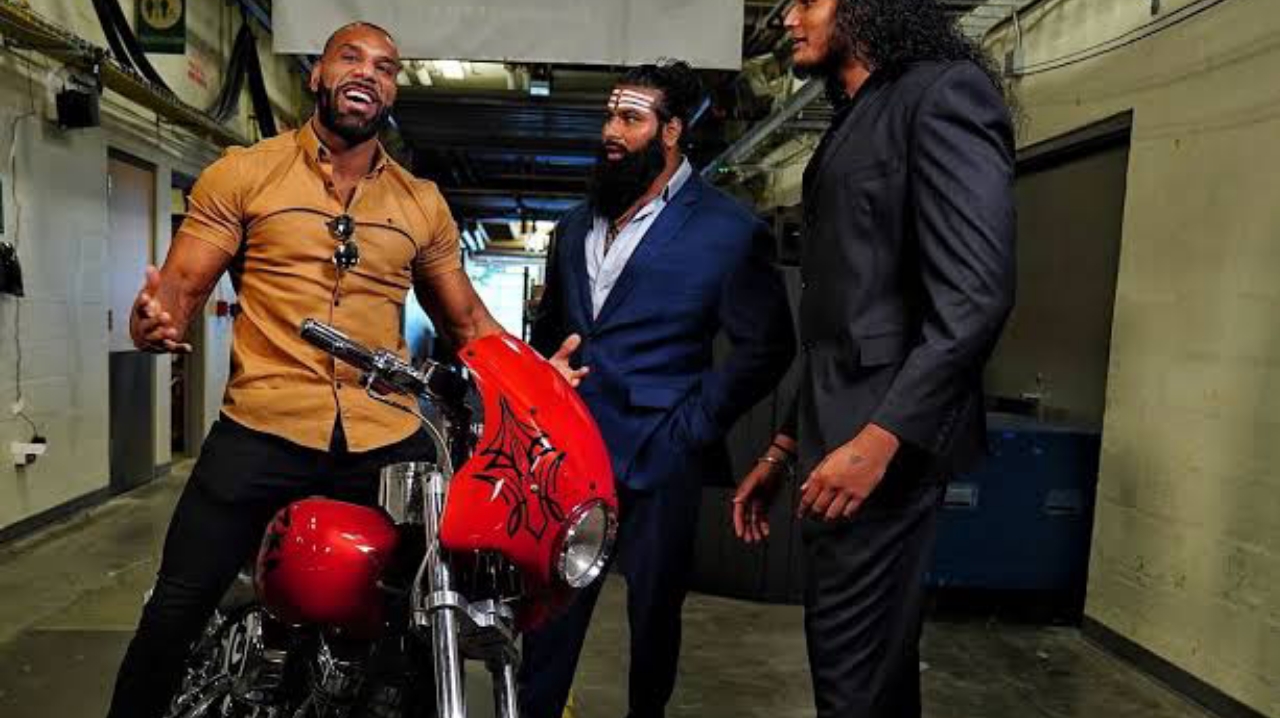 WWE RAW Superstar Jinder Mahal is currently in a feud with former WWE Champion Drew McIntyre and he is currently playing a role of a heel in which he always carries his 2 friends Veer and Sankay with him they help Jinder in WWE ring.

Recently, he was interviewed by a senior Sportskeeda journalist, in which Jinder opened up on many issues when he talked about his recent entry in WWE on his bike & asked if he wanted to pay tribute to Undertaker in this way. In response, Mahal said that no, he had no such intention, he himself owns that motorcycle, but Drew did not do well by destroying it, I will take revenge from him for this.

“In fact, I quite enjoyed the memes,” stated Mahal. “Some people did some remixes of my music and Undertaker’s. No, it was not an attempt to pay tribute to The Undertaker,” stated Mahal. “A lot of WWE Superstars have ridden motorcycles before. We were in Tampa, at the ThunderDome, and I live in Tampa, so sometimes I drive one of my cars. Unfortunately I chose to bring my motorcycle, which was very sentimental for me. I bought it. at the time he was WWE champion so Drew obviously destroyed it and there will be revenge. “

Remember Undertaker, who took such an entry on American Badass stage, in the same way Jinder also took entry on a motorcycle in a similar way in Raw. Regarding this, people made many memes of Mahal and Undertaker on social media about them, Mahal said about them, he also enjoyed those memes very much and said that I love memes anyway.

Mahal also spoke about the superstars who were recently fired by WWE and said that they should not get discouraged by this and show their skills outside of WWE as well so that they can rejoin WWE in future doors are always open for them.

“The door is always open in WWE,” stated Mahal, “My advice to anyone who has just been released is to see this as an opportunity. An opportunity to redefine yourself. Make some noise. You know wrestling in WWE is super, super hot. But wrestling outside of WWE is also picking up steam and that’s a great place to plant your flag, make a name for yourself and eventually come back to WWE. “

Let us remind you here that Jinder was also released from the company in 2014 and he returned in 2016  after that he also became the champion in WWE Jinder is almost certain to face Drew Mcintyre at SummerSlam 2021.