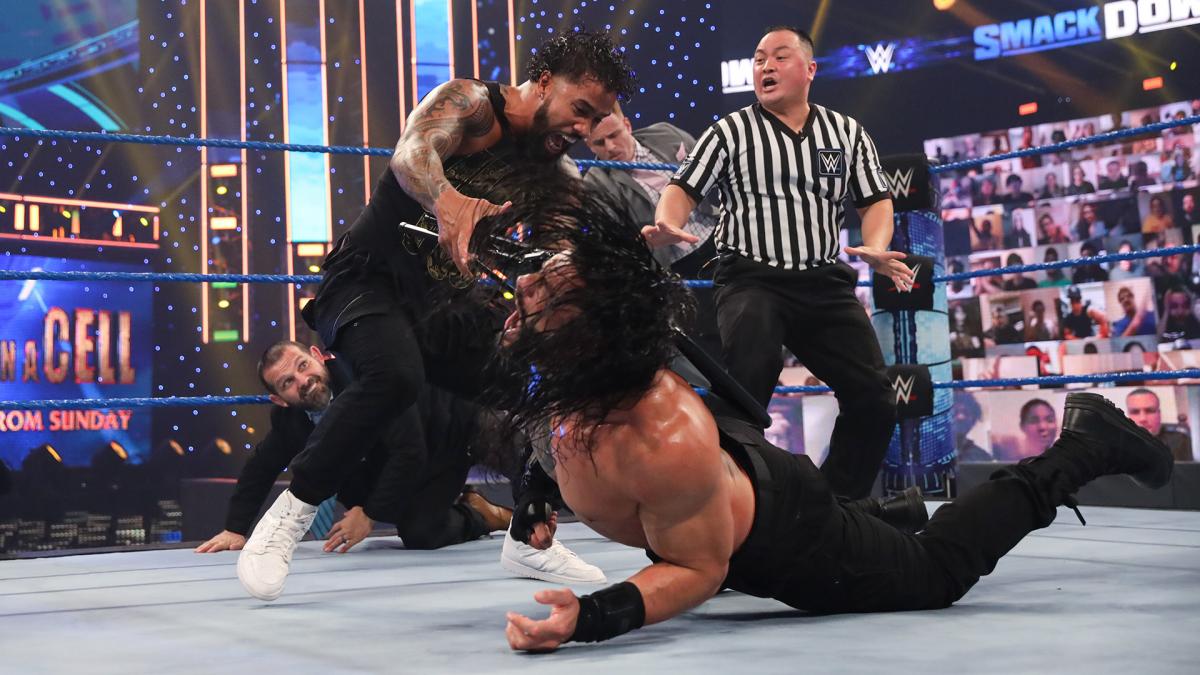 At the smackdown session premiere, there was a pre-announced match Roman Reigns vs monster among man Braun Stroman for WWE universal championship. Where Tribal chief The Big Dog defeated former champion Braun via a submission move named guillotine choke. We can’t remember when roman did so last time.

At the ending of this match roman’s cousin & opponent, Jey Uso came to the ring to confront Reigns. At the same time roman brutally attacked the down monster with a steel chair. Then Roman gave the chair to Jey to attack Braun Stroman but he refused roman’s offer.

When Roman Laughed jey’s decision and enjoying that moment jey smacked him and a superkick to reigns, champion floored. Then jey took the same chair and brutally heated on roman’s back multiple time.

WWE Referees and officials came to protect roman from any injury or more damage. Roman stand on Uso at end with a superman punch. This Rivalry has been getting more intense with each passing day.

"YOU LOVE ME? I LOVE YOU TOO!" – Jey @WWEUSOs #SmackDown pic.twitter.com/2FdbtFiNeI

What is the means of this tweet? it’s simple both have a lot of respect and love for each other. Remember that both will fight in a hell in a cell match, which will be “I Quit match”. This stipulation was confirmed by ‘Tribal Chief’.

Overall there will be a good match inside hell in a cell 2020. where reigns try to retain his title which he never lost and jey will try to become new universal champion.