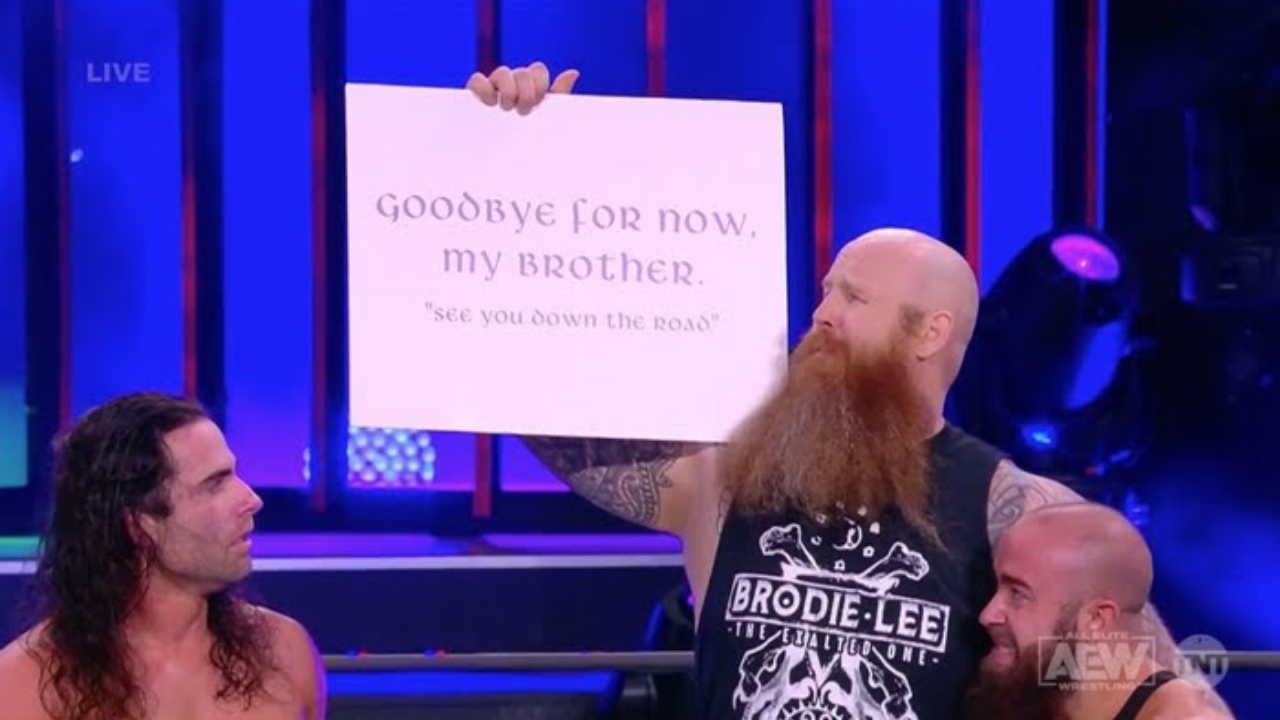 During a match John Silver, Alex Reynolds and Hangman Page vs. Inner Circle (MJF, Santana and Ortiz) (with Wardlow)_

John Silver, Alex Reynolds and Hangman Page throw papers at the heads of their opponents, as Brodie Lee used to do with the Dark Order in Being The Elite. John Silver wears a replica of Mr. Brodie Lee’s outfit. A frustrated MJF yells at Brodie Lee Jr., who is watching the action in the front row.

Hangman looks for the Buckshot Lariat to MJF, who escapes in time. After being dominated by MJF, Hangman manages to take over from Silver, who connects a Running Cannonball to MJF at ringside, an Uppercut to Ortiz against the barricades and a Powerbomb to Santana in the ring to almost obtain the victory.

MJF re-enters the ring and crashes Hangman against the cornerback, but Silver surprises him with a Canadian Destroyer and a Suicide Stopper. When he returns to the ring, he encounters MJF’s Heat Seeker, an Ortiz Powerbomb, and Santana’s Superkick, but the count of three is stopped by his teammates.

The referee is distracted by the action outside of the ring, so Wardlow intrudes into the ring to hit Reynolds with a Lariat.

ERICK REDBEARD IS HERE! The wrestler known as Erick Rowan in WWE and Wardlow are fighting towards ringside. MJF removes Brodie Lee Jr.’s mask and spits it out, but the boy hits him on the head with a kendo stick. Silver with the Discus Lariat to Ortiz in honor of Brodie and victory.

Following the match, an excited Erick Redbeard holds up a sign that reads “Bye for now, my friend. I’ll see you soon”.