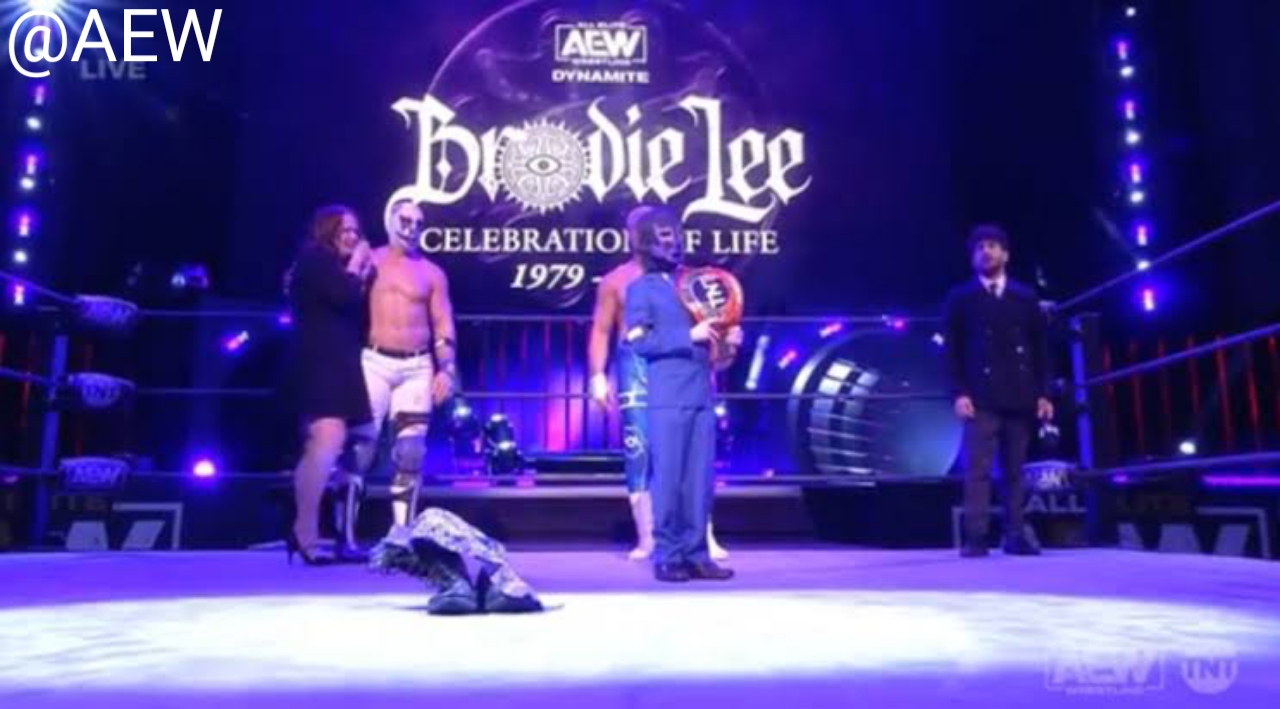 TNT Drama have broadcasted the 66th episode of AEW Dynamite today, December 30, live from the Daily’s Place in Jacksonville, Florida.

This week’s show was dedicated to the memory of Brodie Lee.

It’s Wednesday. You know what that means.

The entire AEW roster and staff tuck Brodie Lee’s wife and children to the ring of 10 bells.

The show closes with a tribute to Brodie Lee. An excited Cody Rhodes addresses viewers to recall experiences with Brodie and emphasize how important he was for many people, as we have seen in recent days. Brodie Lee Jr. makes his entrance into the ring accompanied by his mother, Preston Vance and Tony Khan. Brodie Lee Jr. places his father’s boots in the center of the ring and Cody Rhodes covers them with a handkerchief, presumably also from Brodie.

Tony Khan says that Brodie Lee has been the greatest TNT Champion of all time and hands Brodie Lee Jr. the current TNT Championship, introducing him as “the TNT Champion for Life.” The show ends with a video showing several photos from Brodie Lee’s life with friends, his wife and children.