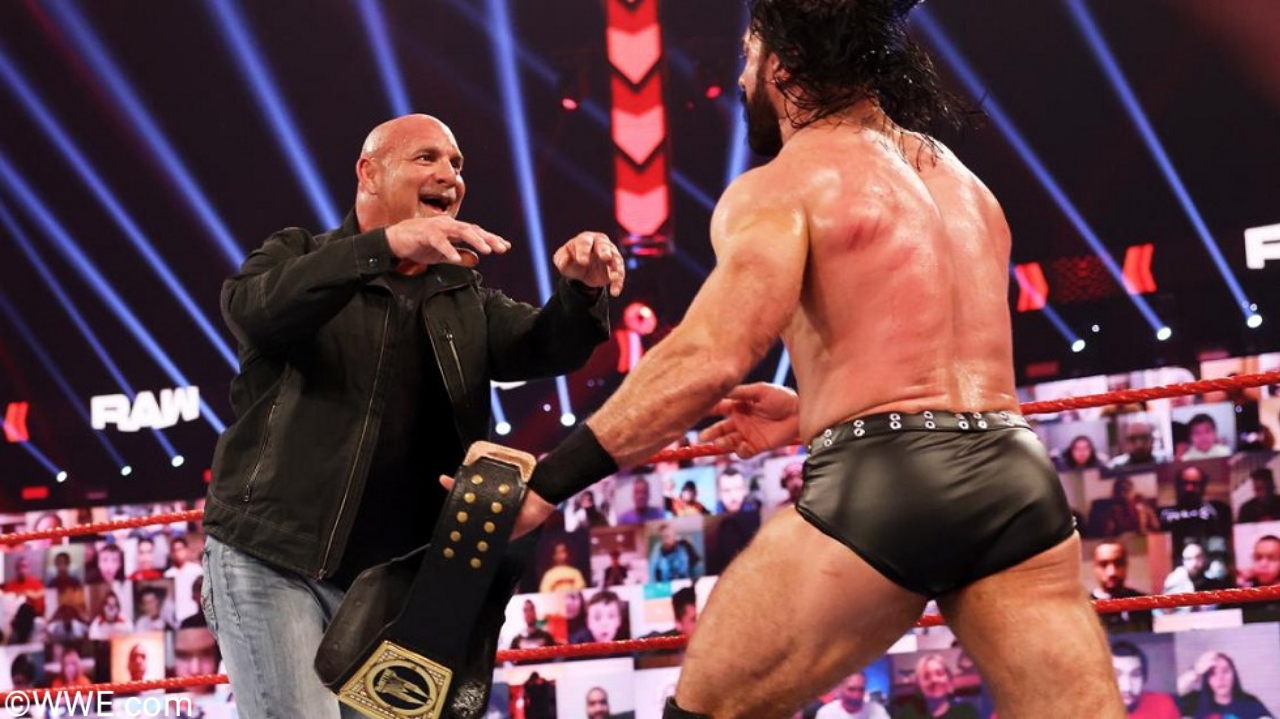 Goldberg challenges Drew McIntyre to a match at WWE Royal Rumble 2021 The Hall of Fame member faced the current owner of the company’s top Championship at the end of RAW Legends Night The match has not yet been officially confirmed by WWE.

During the RAW Legends Night broadcasts via the USA Network, legend Goldberg appeared on the scene and challenged Drew McIntyre for the WWE Championship at Royal Rumble 2021, the company’s next pay-per-view.

After an intense confrontation with Keith Lee, Drew McIntyre managed to defend the WWE Championship once again to close the special day of RAW. However, an unexpected appearance by Goldberg stopped the Scot’s celebration. The WWE Hall of Fame member stated that McIntyre has everything to be a champion except respect, and wanted to show him what a true man with years of experience can do.

Quickly, Goldberg challenged Drew McIntyre for the WWE Championship at the Royal Rumble event. The Scotsman clarified that getting into the ring with the veteran fighter would be similar to fighting with his elderly father, which sparked a brief physical exchange between the two that ended this week’s broadcasts.

It should be noted that, for the moment, WWE has not confirmed this match as official for its event card. The company is expected to make the official announcement in the coming days.

WWE Royal Rumble will take place on January 31, 2021 from Tropicana Field in Saint Petersburg, Florida. Fans will be able to watch this event via pay-per-view and through WWE Network, as well as in the virtual audience “ThunderDome” mode. Next, the billboard of the event to date.