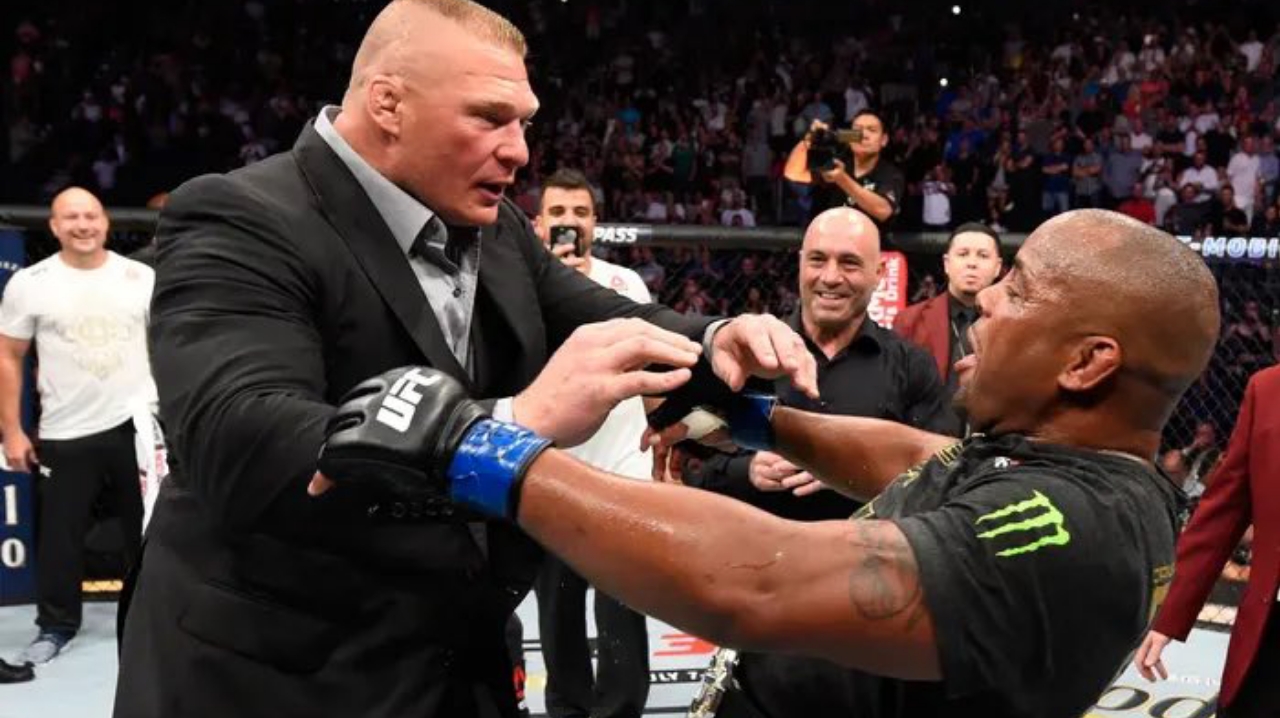 “No, I’ve not heard anything about that,” Cormier said. “When something like this happens, and this is honestly very good for me because people start to talk; so people start talking, going, ‘Oh my goodness! I remember when him and Brock were in the Octagon.’ It seems to make a lot of sense but as you know, just because something makes sense doesn’t mean that it’s going to happen. So no, there is not talk of me fighting Brock Lesnar.”