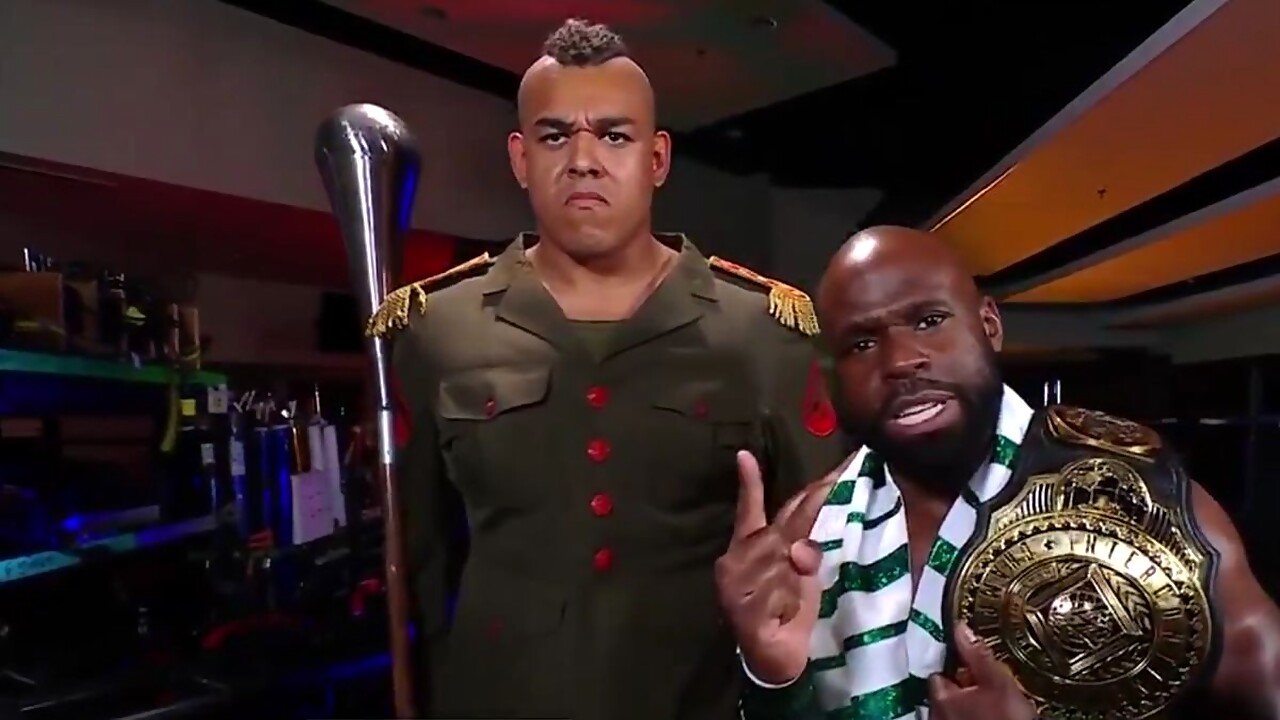 During the broadcast of SmackDown through FOX it was announced that Commander Azeez will make his debut in the blue brand teaming with Apollo Crews to face Big E and Kevin Owens in a tag team match. On tonight’s episode, Sami Zayn and Apollo Crews teamed up to take on Kevin Owens and Big E.

In the final minutes of the match, Big E took on Apollo while Owens hit Sami with a Stunner for victory. Upset by the defeat, Apollo demanded a rematch as Sami was not the ideal partner for him and had even overwhelmed him. So he demanded a rematch but instead of Zayn, Apollo will team up with Azeez.

We remember that previously, under the character of Dabba-Kato he had participation in RAW Underground having his last fight in September 2020 against Braun Strowman. Azeez’s first appearance alongside Apollo happened at WrestleMania 37 when he helped Apollo win the Intercontinental Championship.