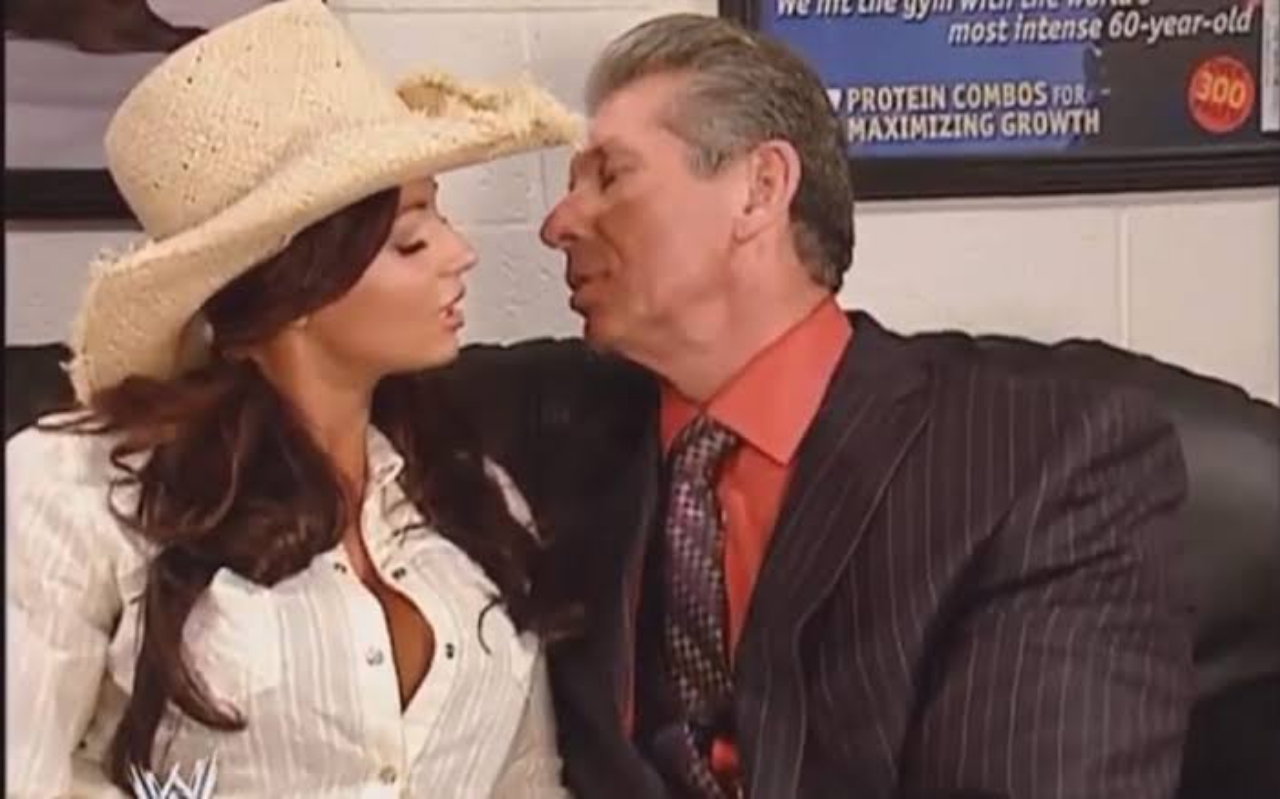 Candice Michelle reviews the love angle she starred in with Vince McMahon.

Former WWE wrestler Candice Michelle was interviewed by Nick Hausman of Wrestling Inc. to discuss her stint with the company. There he remembered the love story he starred in with Vince McMahon and reveals what was the worst fight of his career. Here are the most outstanding statements:

“I remember kissing Vince was uncomfortable. I think there were two or three people watching us, I don’t remember well to be honest. In those days it was normal for Vince or any fighter to go from one girl to another. part of my job despite feeling uncomfortable.

There was no intimacy, we didn’t think of it as being actresses who are going to win an Emmy nomination or something. We were young and dumb and innocent and we were happy working in WWE. ”

“Most of the match stipulations for Divas like Playboy Pillow Fihts or Wet-n-Wild I didn’t like. The worst fight of my life was when we fought with pudding. I mean, we had pudding even in our ears.

Women saw those fights as an opportunity to be in front of the camera, they all did it great but how did you hit or do a DDT on someone’s body with pudding? I think it’s a terrible fight. ”

“But at the end of the day, it was all part of building our tenacity in the ring. I never felt like I got to the point of saying ‘no, I won’t do that.’ I didn’t mind being a visual appeal either, I was for the most part. my life.

I did magazine sessions, I was a model, I didn’t mind showing my body but when you get a match at WrestleMania and you realize the importance and level that it means and then they tell you ‘we can have a bed, you will be in a bikini with a The robe is on and you have to take it off until the bikini shows. I remember Torrie and I were sitting wondering how will we fight like that? We had a lot of fun, it’s true but I would have liked our time to be like this was. ”