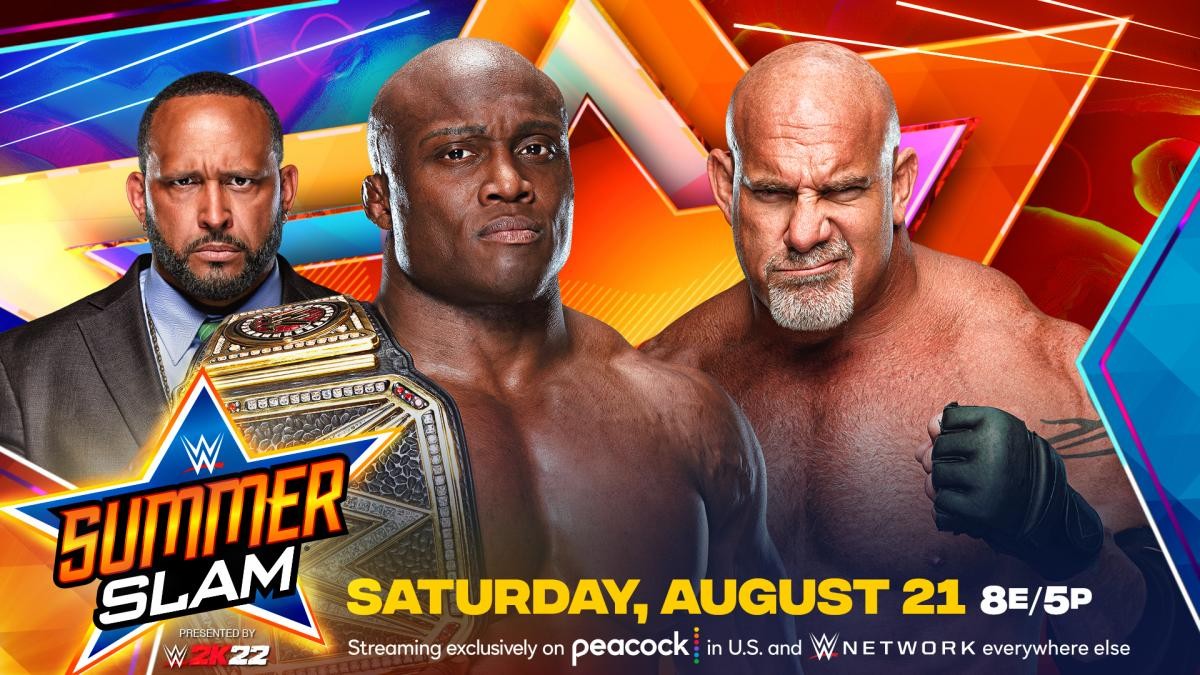 Bobby Lashley will defend the WWE Championship against Goldberg at SummerSlam 2021 . It has been Confirmed match during Monday Night RAW .Bobby  Lashley accepted the challenge after Goldberg attacked on MVP.

During the Monday Night RAW broadcasts through the USA Network, it has been announced that Bobby Lashley will defend the WWE Championship against Goldberg at SummerSlam 2021, the company’s next pay-per-view. The RAW episode began with Bobby Lashley and MVP providing a glimpse of what happened in recent weeks.

“The 305” clarified that the WCW legend was not ready to face a challenge like “The All Mighty.” MVP’s words drew Goldberg onto the scene. The veteran proclaimed himself the next challenger to the WWE Championship and threatened Lashley up close. The headline faced Goldberg’s son alongside MVP before the latter received a Spear. Lashley would make the match official several moments later.

And MVP got a @Goldberg SPEAR for it! #WWERaw pic.twitter.com/caEBmJohr7

The WWE Hall of Famer Goldberg challenged Bobby Lashley on Monday Night RAW on July 19. After defeating Keith Lee in non-title action, “The All Mighty” was surprised by Goldberg’s signature music and the presence of the former universal champion. The veteran faced Bobby Lashley shouting “I’m Next” (I’m next) and the maximum headline only came down to leaving the arena without responding to the challenge. Recall that this will be Goldberg’s second forced contract fight during 2021 within Vince McMahon’s company.

WWE SummerSlam 2021 will take place on Saturday, August 21 from the Allegiant Stadium in Las Vegas, Nevada.