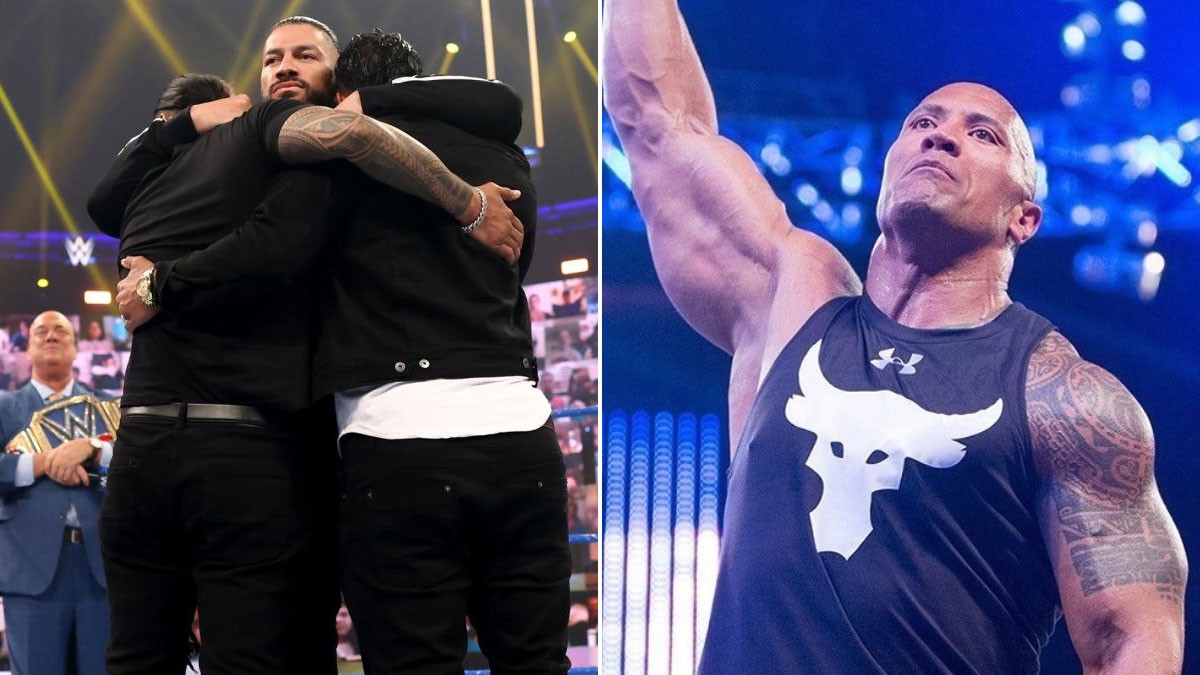 Possible plans for The Rock at WrestleMania 38 or 39 There is speculation of a tag team match involving Roman Reigns, The Rock and the Uso WWE has not yet closed an agreement with the legend and current Hollywood actor.

Roman Reigns is currently WWE’s biggest star. SmackDown revolves around his figure and the main stories of the coming months will be related to him, but also to his environment. Jimmy Uso was arrested last week for driving under the influence of alcohol and at a speed above the allowed.

However, despite the seriousness of the situation, being the third time that he had been arrested for that reason, WWE did not make any statement about it and even used Jimmy in the main event of the Friday Night SmackDown show that aired that same week. All reports agree that Jimmy Uso was not sanctioned by WWE because he is a key piece in a story they are preparing for next year.

Dave Meltzer, a journalist for Wrestling Observer, has indicated in the last weekly newsletter that WWE would be considering the idea of ​​making The Rock fight for the last time in a tag team match at WrestleMania 38 or WrestleMania 39

The idea for that fight would be to face The Rock and one of the Uso brothers against Roman Reigns against the other of the brothers, without specifying which one in particular. “They told me their story is an important part of Mania’s plans,” Meltzer wrote.

“An idea that has been talked about, since the goal is Reigns and Rock in Dallas for Mania 2022, is that if there are concessions with respect to The Rock, there is talk of a Reigns and one of the Use against Rock and another of the Use for The Rock, “he continued. “Obviously, the singles match is preferred, but any participation of The Rock is preferred to him not being in the show, because at 49 years old the idea of ​​him returning would diminish every year because he does not need it, although he always has a feeling in his heart for wrestling and family, but he won’t if it looks bad either, because I don’t think he wants that Undertaker-Goldberg moment. ”