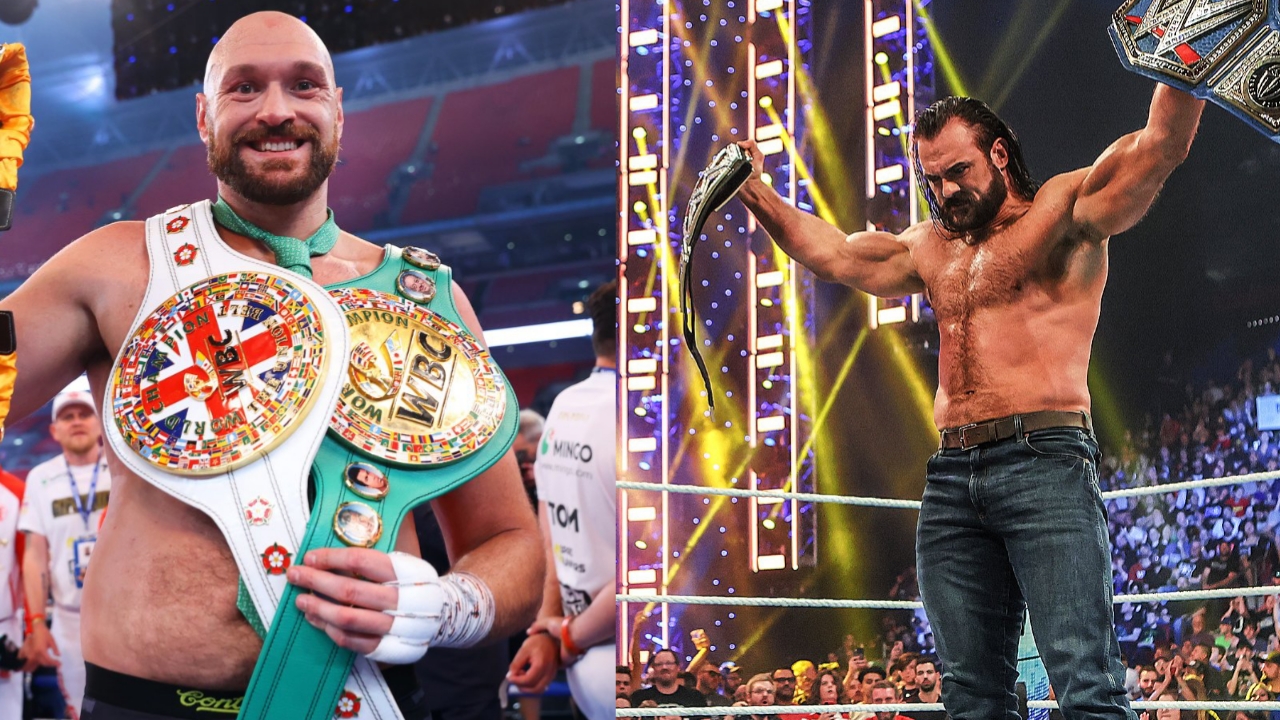 According to Louis Dangoor of GivemeSport the Gypsy King will be in Cardiff for WrestleFest & WWE Clash at the Castle. Louis further reports that The former boxing champion is not expected to involve in any physical action but can participate in a segment like he did in 2019 before fighting with Braun Strowman at WWE Crown Jewel.

🚨 Sources close to Tyson Fury tell me that 'The Gypsy King' will be in Cardiff for WWE Clash at the Castle this weekend. However, the undefeated boxer is not expected to get physical in any capacity.

Update: Tyson Fury & WWE officially confirmed the report. Fury shared a video on his social accounts & said he will be at ringside during WWE Clash at the Castle. He specially mentioned Drew Mcintyre & Roman Reigns match. You can check out the video below

See ya there guys 👋 https://t.co/WHJDunwSh2

In recent months there have been many rumors about the possible return of Tyson Fury to WWE, but despite all the noise, it has never come to fruition. Fury made the decision to not involve in any physical action because he would be preparing to return to boxing within few months.

Tyson fury only wrestled one match in WWE against Braun Strowman in Saudi Arabia although he involved many segments in WWE. Fury & Drew Mcintyre both comes from UK & have great history of war of words in interviews. Both have desire to fight each other in WWE so it makes sense that Tyson Fury may involve in a segment with Drew Mcintyre at UK’ first stadium show in last 30 years.

WWE Clash at the Castle is scheduled to air on September 3, 2022 on Peacock in US & on WWE Network in other countries. It’s company biggest Premium live event . There will be almost 70000 people in to the stadium show. Roman vs Drew Mcintyre for Undisputed WWE Universal Championship match will be the main event of the PLE.