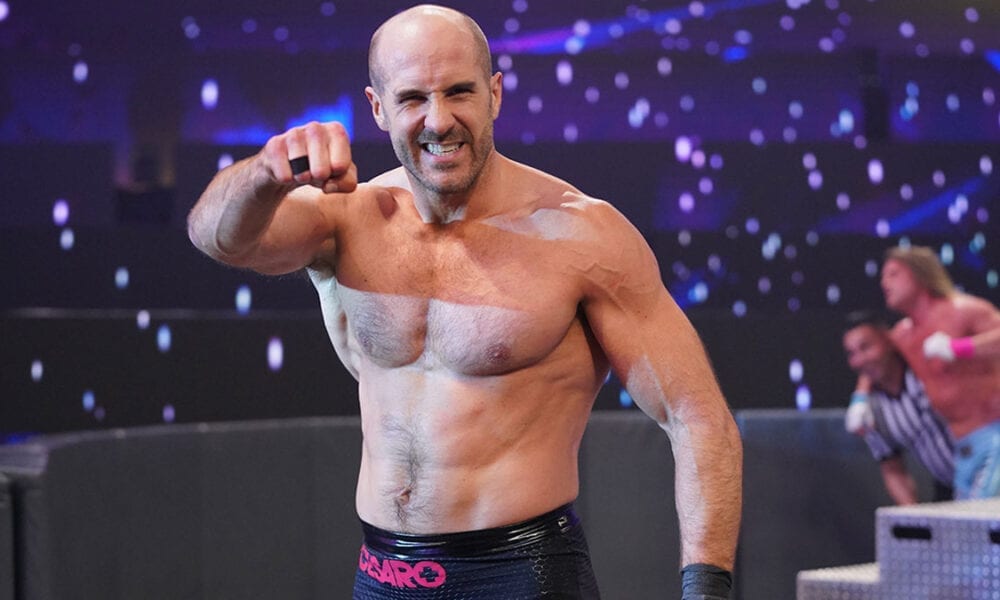 Cesaro returns to training after leaving WWE Fightful provides an update on Claudio Castagnoli with one day to go before AEW x NJPW Forbidden Door.

Rumors continue to point to a possible appearance of the fighter in the joint event of AEW and NJPW Cesaro remains on hiatus after leaving WWE.

Just a day for the celebration of Forbidden Door, the PPV event that All Elite Wrestling and NJPW will carry out jointly in the city of Chicago, the rumors about the arrival of a new signing to the ranks of Tony Khan’s company do not cease to cease.

These rumors were triggered after the last episode of AEW Dynamite, where Bryan Danielson confirmed his absence in the company’s next events (Forbidden Door and Blood & Guts), adding that he will be replaced by a special competitor of his choice.

Bryan Danielson announces he is not cleared for #ForbiddenDoor and #BloodAndGuts

In this case, the two most rumored names have been those of Cesaro and Johnny Gargano, the first being the one who sounds the strongest.

In this sense, Fightful has offered new information about the fighter in the face of his possible appearance in Forbidden Door. The medium begins by recalling that, since his departure from WWE earlier this year, Claudio Castagnoli has not made any public appearances, such as signings or wrestling events.

In the meantime, many fans expect him to be Bryan Danielson’s replacement in AEW x NJPW Forbidden Door and Blood & Guts.

Fightful contacted several promoters several months ago, who confirmed to the outlet that, despite being able to speak with the fighter’s representatives, he had shown no interest in returning to the ring at that time.

Cesaro has been at Flatbacks in Orlando multiple times over the last several weeks, training in the ring.

However, it seems that things have changed recently, as Castagnoli has once again stepped into a ring. In this sense, the media was able to confirm that the fighter has been in Flatbacks (a Wrestling school), in Orlando, several times in recent weeks, training on the ring.

At the moment, it is unknown if he will finally be Danielson’s replacement at AEW x NJPW Forbidden Door, but his return to in-ring training is undoubtedly good news for fans and fans of professional wrestling who want to return to see it in action.