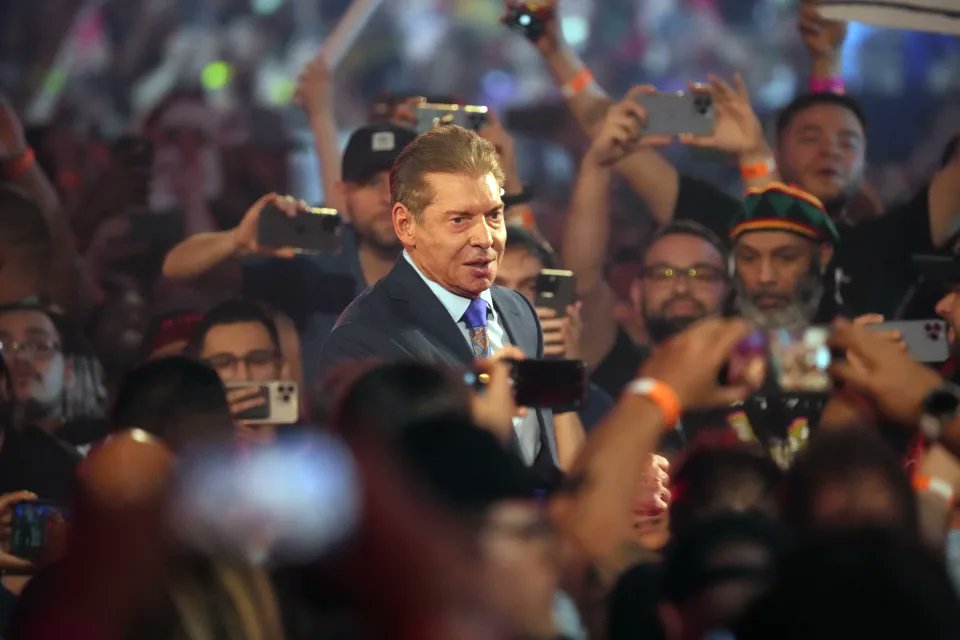 Vince McMahon was present backstage at WWE SmackDown last night and handled the creative management of the show in its entirety.

Mr. McMahon has been in the social spotlight for three weeks. With all the sexual abuse scandal and the changes in the WWE board, McMahon’s figure and reputation have been heavily damaged.

WWE's Vince McMahon allegedly paid out a total of $12 million to four women over the past 16 years to quiet allegations of sexual misconduct, according to a Wall Street Journal report. https://t.co/9WWBMRuyON pic.twitter.com/QajMB8q1Pj

However, the former CEO of WWE continues with his life and pretends that none of this was with him, appearing on the company’s programming or maintaining its creative power.

As the EWrestlingNews reported yesterday, business developed normally during the recordings of WWE SmackDown programming on Friday night, despite the latest accusations against Vince McMahon.

According to a report from Pwinsider, Vince McMahon was “100% responsible” for the creative handling surrounding last night’s episode of SmackDown.

That said, McMahon did arrive on the show later than usual. He did not address the allegations raised in a new Wall Street Journal report. There was also no backstage meeting with staff and talent before the show.

A source said the situation was simply being ignored. Nobody is being told anything and Vince McMahon continues to put on a facade that he is happier than ever and has no worries.

A lot more fallout, an update on John Laurinaitis and more on https://t.co/jy8u4a7WDa. pic.twitter.com/wyqrLgssm6

Here is latest on what allegations on Vince McMahon

According to WSJ, Vince McMahon would have paid around ten million dollars to bribe three other women with whom he would have engaged in inappropriate sexual behavior.

Vince McMahon paid $12 million to four women over the past 16 years to stop allegations of sexual misconduct and infidelity becoming public, per @WSJ pic.twitter.com/4ZWKdR3cY6

Along with the payments of diverted funds, these four women, including the first with whom the case broke out, would have had to sign various contracts that would prohibit them from “making potentially legal accusations about their relationships with Vince McMahon.”

In addition to the three million paid to the first woman in question, the other three payments would have been made to a former fighter, a WWE independent worker and a former manager.

These payments would include 7.5 million for the former fighter, who also claims that McMahon refused to renew her contract in 2005 after she resisted and refused to continue having sex with him. Those 7.5 million would have been negotiated in 2018 by the fighter and her lawyer.

What consequences can there really be for Vince McMahon? He’s controlling shareholder. The board can remove him I believe at least until the following shareholders meeting. Questionable they’d be willing.
Ultimately, NBCU, Fox, and other business partners could apply pressure.

On the other hand, the freelancer was paid $1 million in 2008 after receiving unsolicited nude photos of Vince McMahon. And finally, the former manager, who would have spent ten years with the company, was paid another million dollars in 2006 after McMahon began having sex with her.

The scandal over the diversion of funds broke out in the middle of last June and caused the resignation of Vince McMahon from his positions as manager.

Stephanie McMahon took over the reins of WWE a few days later and since then has held the positions of CEO and Chairwoman on an interim basis while the investigation into her father continues. In the next few hours we will discover what repercussions this new information has.

On the other hand, as far as Vince McMahon’s senior officials and relatives are concerned, Stephanie McMahon and Paul Levesque were not present backstage during the SmackDown broadcast. There were doubts as to whether they might be there tonight given all the mainstream attention to the latest Wall Street Journal article, but it was ultimately confirmed that they weren’t.