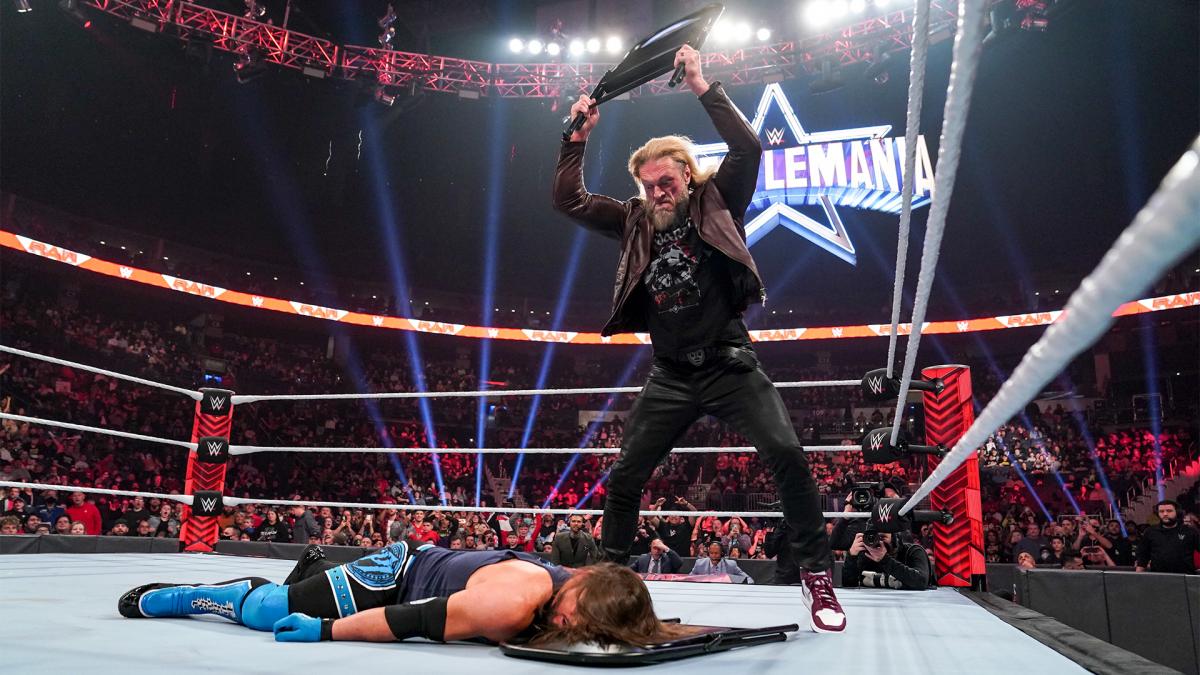 AJ Styles reacts to Edge’s attack on WWE Raw The fighter received a brutal assault by the WWE Hall of Famer Both fighters could have a new confrontation next week. Aj Styles vs Edge is now officially announced for WrestleMania 38.

The last episode of Monday Night Raw ended with a new promo of Edge in his search for a rival for WrestleMania 38. And as the rumors pointed out, AJ Styles stepped forward and accepted the open challenge of the WWE Hall of Famer.

What nobody could have expected was his reaction, which unleashed a brutal attack on “The Phenomenal”, culminating in the well-known Con-Chair-To.

We still don’t know Edge’s motives for doing what he did. He may be looking to bring out, as he himself pointed out, the best version of AJ Styles. Or maybe we have seen a heel turn by the “Rated R Superstar”.

Regardless of the reasons that led him to act in that way, the truth is that the biggest victim has been AJ Styles. The fighter has used Twitter to send a message to his rival in the great event:

“I accepted your #WrestleMania challenge like a man and you responded like a coward.
You brought out the best in me at #WWERaw and made your move. Now you better get ready for mine.”

You got the better of me on #WWERaw and made your move.

Now you better prepare yourself for mine. pic.twitter.com/sjlP7mQW9t

After the broadcast of Monday Night Raw, WWE made the match official, adding it to the WrestleMania 38 card. Meanwhile, it seems that AJ Styles wants to see the faces with the Hall of Famer again. The dream match that many fans wanted to see will not be a friendly fight, far from it.

It is very likely that both superstars will collide again during the Road to WrestleMania. AJ Styles is expected to talk about what happened on the next episode of Monday Night Raw, where Edge could also appear. Their rivalry has only just begun.