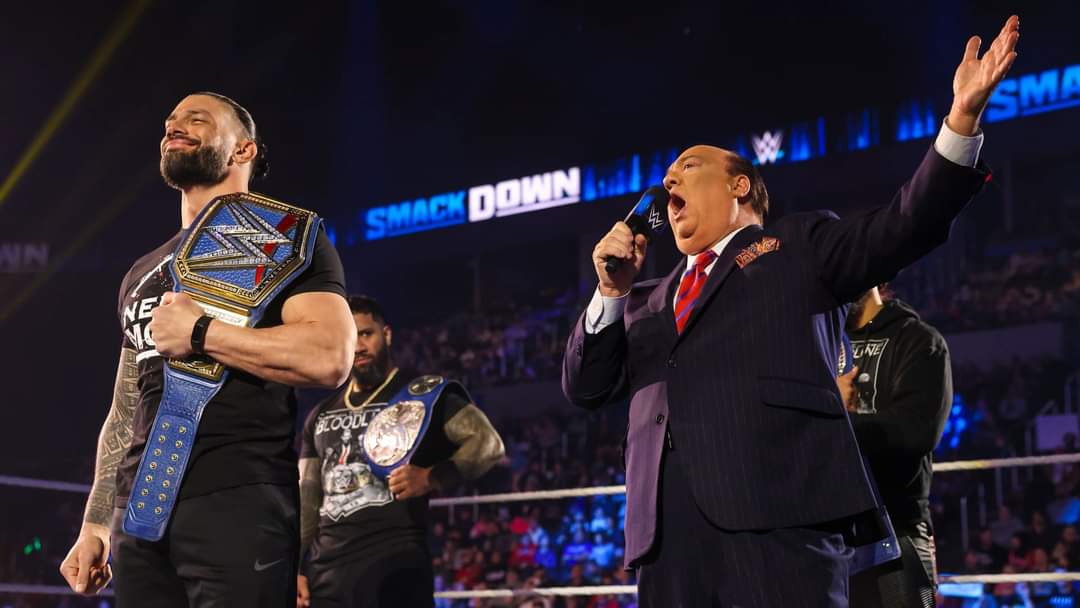 Paul Heyman is not a big fan of the WWE “Winner Takes All” concept Paul Heyman assures that the victory of ‘The Tribal Chief’ at Wrestlemania is a fait accomplish Roman Reigns and Brock Lesnar will meet at Wrestlemania.

Paul Heyman recently gave a statement to the ‘Battleground Podcast’ and expressed his displeasure with the ‘Winner Takes All’ concept being promoted for the match between Roman Reigns and Brock Lesnar.

Here are their statements, courtesy of ewrestlingnews:

” The current representative of ‘The Tribal Chief’ also believes that Roman Reigns’ victory in the great event is a fact and hinted that he will do everything possible so that Lesnar does not arrive at Wrestlemania as champion.

“The fact that Brock Lesnar had to enter WrestleMania as a former champion and was unable to hold his title until his match against Roman Reigns, not to mention his former manager Paul Heyman’s strategy, could put Brock Lesnar at such a disadvantage entering WrestleMania.

WWE WrestleMania 38 will take place on April 2 and 3, 2022 at the AT&T Stadium in Arlington, Texas, a few minutes from Dallas. Fans will be able to witness both nights of the great event from the stands, or through its exclusive transmission for WWE Network and Peacock in the United States.

Team Combat Logan Paul and The Miz vs. Rey Mysterio and Dominic Mysterio

Carmella and Zelina Vega (c) vs. Sasha Banks and Naomi