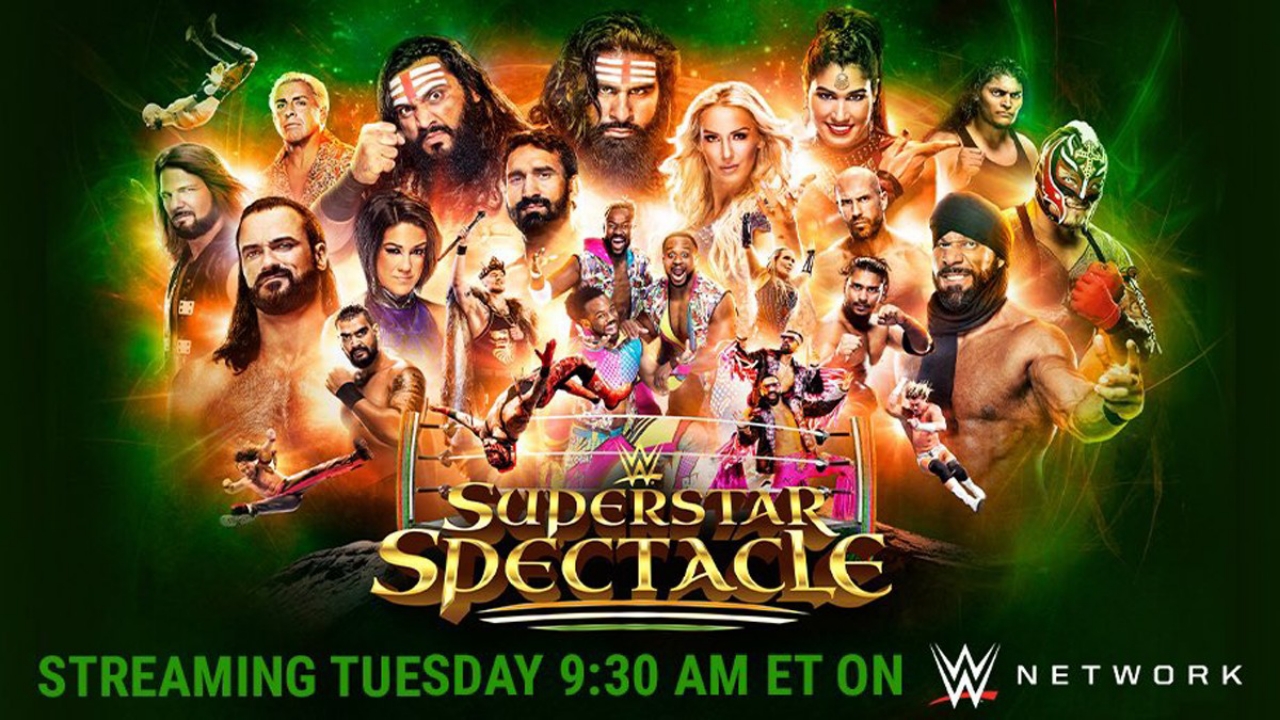 WWE held the special Superstar Spectacle 2021 moments ago. The special event of “Republic Day” had the participation of several competitors from India.

Here are the quick results of this day. Following a video on WWE history in India narrated by Triple H, commentators Michael Cole, Corey Graves and Sharohz Ali welcome us to this special show.

We start this day with a fight starring the NXT champion. – Finn Bálor defeated Guru Raaj in a match where the NXT Championship was not at stake. After a key exchange, the maximum holder of the yellow mark was in danger for a few moments.

However, Guru suffered the ultimate punishment when he received 1916 for the count of three. The two protagonists were respectful to each other after the bell rang.

Dilsher Shanky, Giant Zanjeer, Rey Mysterio, and Ricochet defeated Cesaro, Dolph Ziggler, King Corbin, and Shinsuke Nakamura. The rude dominated the early part of the match, but quickly began to be outmatched by their opponents.

Dilsher and Zanjeer saw surpassing moments in the face of their team’s triumph, when Mysterio took advantage of the height of the giant for a Frog Splash on Cesaro and the count of three.

AJ Styles defeated Jeet Rama. “The Phenomenal One” was dominant in most of the fight. Rama managed to get some offense, but couldn’t avoid Omos’s interruption from ringside. Styles took advantage of his assistant’s support to apply his Phenomenal Forearm for the count of three.

Charlotte Flair and Sareena Sandhu defeated Bayley and Natalya. The rudas fell in the first moments before Natalya intercepts Sandhu. With the support of a Charlotte Natural Selection, Sareena managed to escape a Sharpshooter and iron her opponent for victory.

Indus Sher (Rinku and Sarav) and Drew McIntyre defeated Jinder Mahal and The Bollywood Boyz (Samir Singh and Sumil Singh). The champion and his teammates were better at the first moments.

The Singh brothers gain an advantage against Rinku. The latter escaped from a Jinder lock and quickly relieved the WWE champion.

After a Claymore Kick on Mahak, Indus Sher took care of the Singhs with a combination of elbow and Powerslam for the count of three.

Triple H and Drew McIntyre pose together to all the stars of India to close this day.