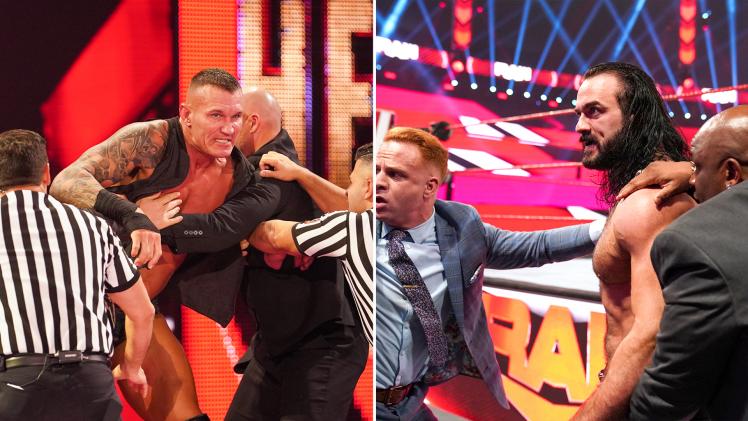 Today’s Raw’s main event was very shocking for wwe universe. Here happened a dual brand women’s battle royal for no. one contender of raw women’s championship. Nia Jax or Shayna Baszler was favorite to win this battle royal where both superstars saved each other from elimination. But at the end Shyana didn’t came to save nia jax. Then we saw that nataliya was winning the match buy eliminating Lacey Evans. But lana was still in the match which had been through the announce table by nia jax. She returned into the match and eliminated her best friend Natalia and took her revenge from nataliya for insulting her earlier that night.

Kevin owens def. Aleister black in a no disqualification match.

Andrade was defeated by Angel Graza.

Cedric Alexander was defeated by Ricochet by disqualification.

In the main event after lana’s shocking win there was brutal brawl between Randy orton and wwe champion Drew Mcintyre.