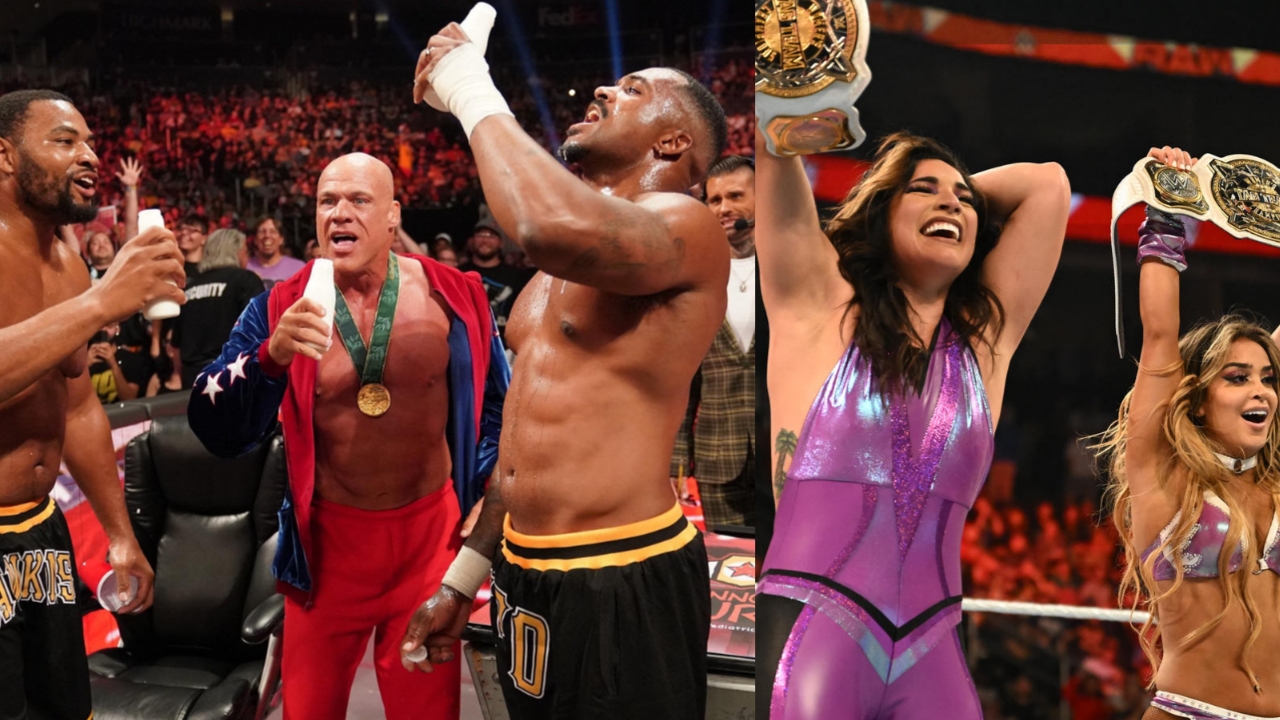 The last episode of WWE Monday Night Raw draws 2,107,000 viewers, according to the showbuzzdaily. This represents an increase compared to the show of the previous week, in which 1,937,000 viewers were registered.

WWE Raw registered a share of 0.59 in the demographic of interest, corresponding to ages between 18 and 49 years old, improving the data of the previous week (0.55)

As an additional fact, WWE Monday Night Raw ranked first in key demo & was the second most watched program on cable on Monday night in terms broadcast.  The first hour recorded an average of 2,163,000 viewers, the second 2,222,000 and the third 1,917,000.

Edge & Rey Mysterio vs Judgement Day annouced for WWE Clash at the Castle.

Bobby Lashley defeats The Miz in a non title match .

Aliyah and Raquel Rodríguez defeated IYO SKY and Dakota Kai to become the new WWE tag team champions. In the main event at final moments of the match, IYO SKY and Raquel were the two legal superstars in the ring.

Aliyah tagged her partner and hide at ringside, waiting for her moment to attack her opponents.  In the ring, IYO SKY, applied a move to Raquel, while Dakota was surprised by Aliyah, who entered and applied a rollup.  This means that the victory should not have happened because Aliyah covered her illegal rival.