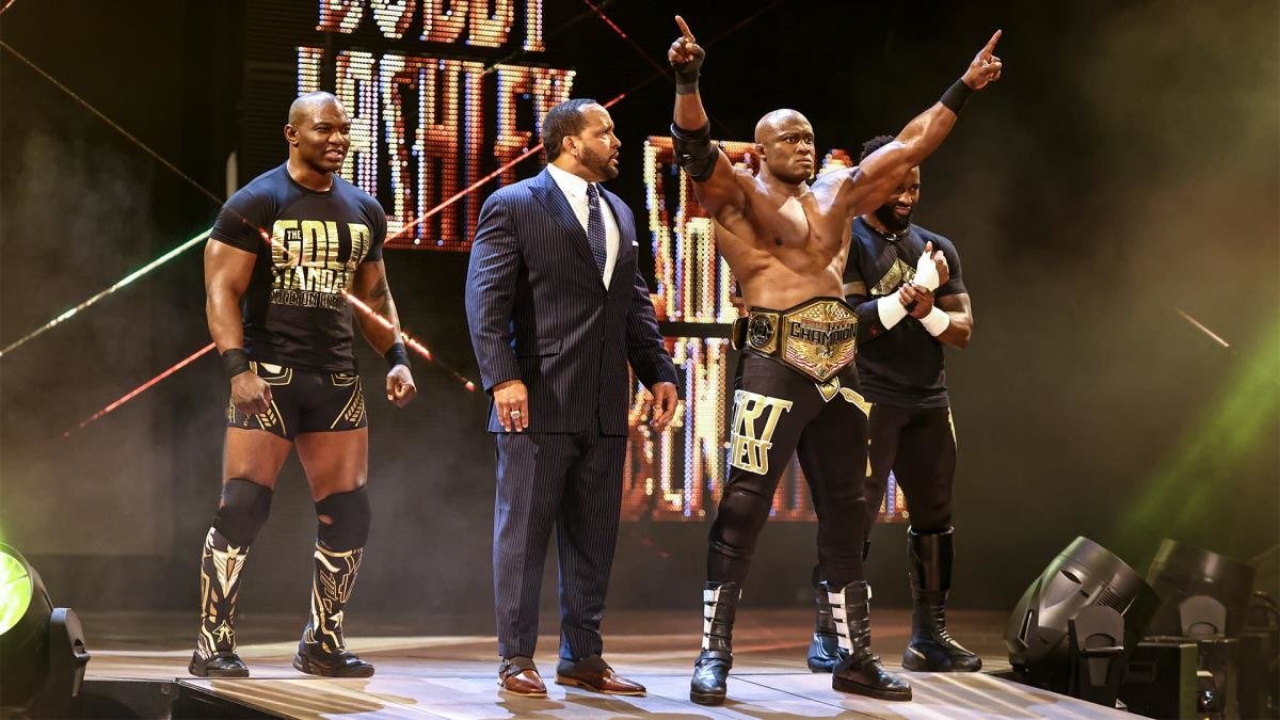 WWE ends with the project “The Hurt Business”. It’s looks like WWE officially ends The Hurt Business by splitting up former Raw tag team champions Cedric Alexander and Shelton Benjamin who were original members of the stable.

Cedric Alexander and Shelton Benjamin were met this week in Main Event in a fight that staged the end of the group.

WWE has broadcast this week a new episode of Main Event through the WWE Network and Peacock platforms. On this occasion, a combat has staged the end of a faction. We are talking about the fight between Shelton Benjamin and Cedric Alexander, original members of the stable The Hurt Business, completed by the leaders MVP and Bobby Lashley.

It was the first time that both faced each other, so several media have agreed that it has been the representation of the end of a cycle for the two fighters and what remained of the essence of that group.

This had so much potential… pic.twitter.com/Y23QC7B6nI

Cedric Alexander and Mustafa Ali are two of the superstars that Triple H could reuse to give them minutes in the main WWE shows. Since Hunter took the helm of the creative team, we have seen substantial changes on Monday Night Raw and Friday Night SmackDown and many of the talents that had been demoted by Vince McMahon could have a new opportunity. T-BAR, another Main Event regular, is also on the list of these talents.

“You know what, I was thinking about what could happen to actually bring us together, and I thought about this the other day, I was like, if [MVP] made Omos too dangerous, where he couldn’t contain him anymore, and Omos turned on him, he would need somebody to help him. There’s only one person that can beat Omos. Then, I may need some help, and if I need some help, you have Cedric, you have Shelton, you have, we can take him down, and then we’re babyfaces again. They’ll love us. Anything can happen,”  Transcription H/T to Fightful

The Origan of Hurt Business

The Hurt Business was a group inspired by the TNA stable “The Beat Down Clan” where MVP and Bobby Lashley were fundamental pieces. In 2020, the two reunited in WWE and added Shelton Benjamin and Cedric Alexander to the new group.

During its existence, the group held the Raw Tag Team Championship and the WWE Championship. Many consider that the company did not finish taking advantage of the qualities of the stable, mainly with Vince McMahon as the main culprit for the failure.