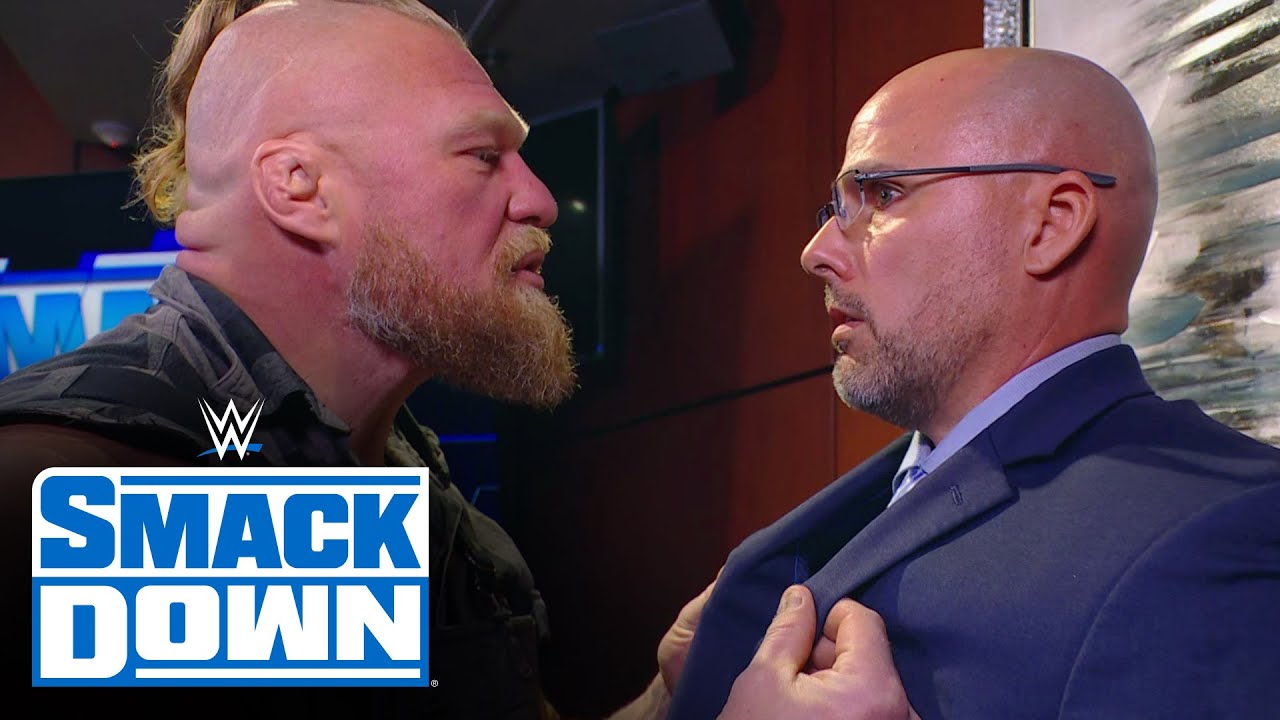 A few hours before the WWE SmackDown show tonight, WWE Official Adam Pearce has threatened 2 former Universal Champions Brock Lesnar and Drew Mcintyre. By making this threat, Adam Pearce has taken a big trouble, it will be known only in the episode of SmackDown December 17, 2021.

Actually, a picture was shared a few hours ago through WWE’s official Twitter account, in which Drew Mcintyre, Brock Lesnar and WWE official Adam Pearce are seen by questioning that ” Whom should Adam Pearce fear most on SmackDown ?

Adam Pearce replied to this tweet by writing “Men don’t attack from the back. Come at me head-on if you’re coming. Fear is the mind-killer.”

Men don’t attack from the back. Come at me head-on if you’re coming. Fear is the mind-killer. https://t.co/VboN29jFmK

Now it will be really interesting to see how Brock and Mcintyre take this and how is their attitude at Pearce’s party on SmackDown. Do both target Adam Pearce or one of them attacks Adam. And if this happens, will the Roman Reigns save him, that is also a big question in itself?

Roman Reigns and Brock Lesnar are currently feuding, on Day 1 there will be a match for the Universal Championship. Considering the current situation in this match, Sami Zayn or Drew Mcintyre can be added and the match can be made a triple threat. Because Sami is saying that he did not get enough chance in the match against Roman, Brock made his match easy for Roman by attacking him before the match even started.

At the same time, it makes sense to add Drew Mcintyre to the Universal Title match on Day 1 as Mcintyre was not involved by Adam Pearce for the Universal Championship, No. 1 Contender Battle Royal match.