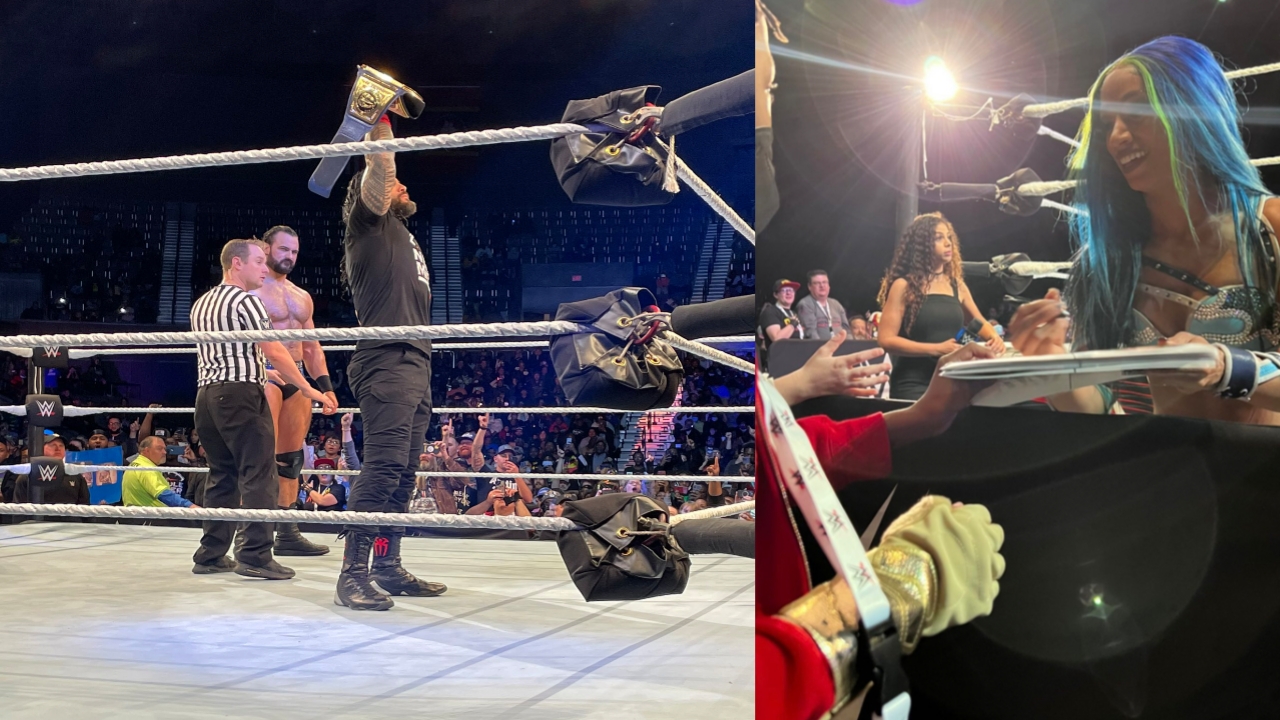 WWE started a new batch of non-televised shows last night with separate rosters. In this case, the cast of SmackDown visited Jackson, MS. In this news we will provide the quick results, some details of interest and images or videos of the show.

The Usos defeated Ridge Holland & Sheamus and King Woods & Kofi Kingston to retain the SmackDown Tag Team Championship. During the match there were Big E chants you can hear in the video given below

@MsCharlotteWWE is a hell of a heel at times, but she also is one hell of an athlete. Has a famous last name, but she lives up to it. #wwejackson pic.twitter.com/rKWLyXBd6e

@DMcIntyreWWE is cold asf. Came back to wwe better than ever. So no booing for Drew on my part, but I rock with @WWERomanReigns the tribal chief the long way. Good show tonight. #wwejackson pic.twitter.com/LBwtI0UulQ

The final moments of this match. What a banger. #WWEJackson pic.twitter.com/JqTU75eIH4

Once the show was over, WWE posted a video with Sami Zayn continuing his personal story with Johnny Knoxville. The Jackass member disclosed Sami Zayn’s personal number this week using a plane. Since then, Sami has not stopped receiving calls and text messages.