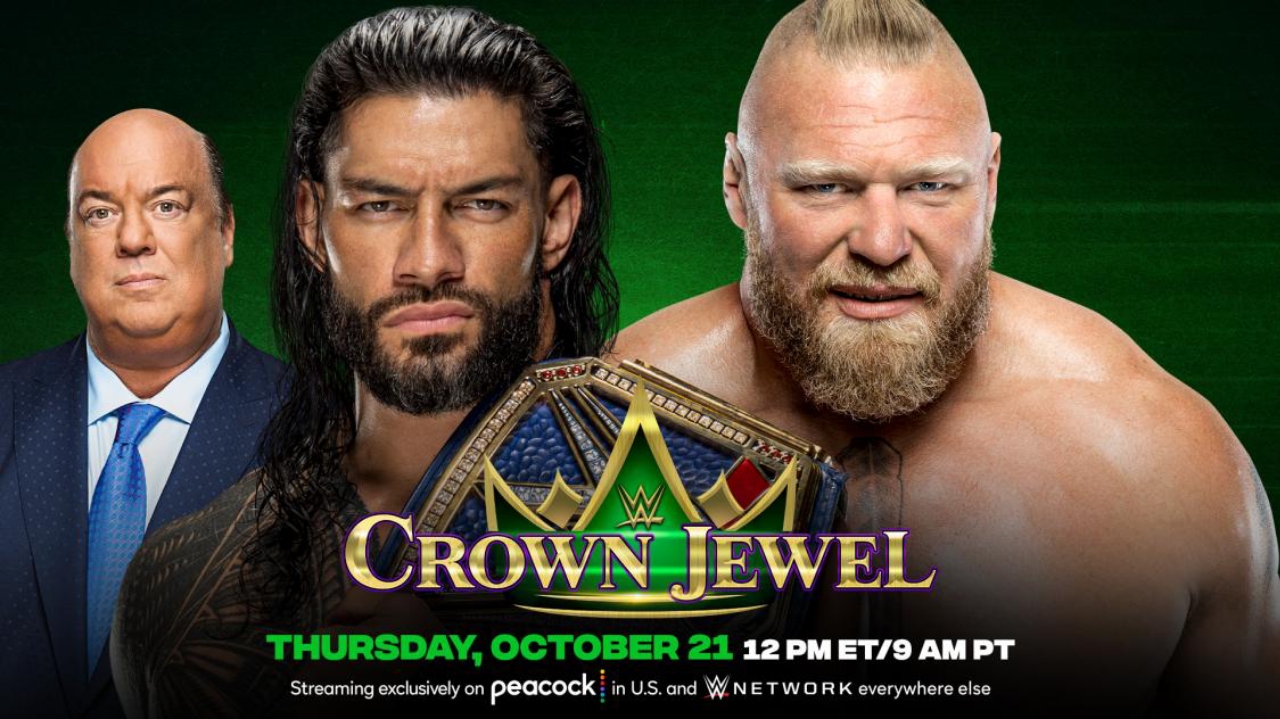 WWE’s next PPV Crown Jewel 2021 is now nearly three weeks away from now .So far only one match has been officially announced for the event, in which Roman Reigns will defend the WWE Universal title against Brock Lesnar.

Early betting odds have come for this match between Roman Reigns and Brock Lesnar, in which Roman Reigns (-200) is seen winning clearly against Brock Lesnar (+150). And this may be true to some extent as the WWE Draft will be held on October 1, where local advertisers are advertising the Universal title match between Roman Reigns and former WWE Champion Drew Mcintyre on the night of the draft, so early betting  odds may turn out to be true.

They line up months in advance to acknowledge their #TribalChief, Beasts and Demons included. #TopOfTheGame #Smackdown https://t.co/jwTAaSv38P

But Paul Heyman may play an important role in the match between Roman Reigns and Brock Lesnar he may be turn on reigns & become cause of reigns title lose this way this match could be interesting.

Roman Reigns has faced Brock Lesnar several times in the past, most of the times the Beast defeated Roman Reigns, but this time Roman is doing very well in the heel character and since he won the Universal Title last year, he is undefeated & he has been successfully defended it several times, in which he has been supported on several occasions by his cousin brothers The Usos and Personal Council Paul Heyman, so it can be very difficult for The Beast to get over him.

WWE Crown Jewel 2021 will be held in Saudi Arabia. You can watch this show on the WWE Network and Peacock TV (in USA) on 21st October 2021. WWE organizes 2 shows in a year in Saudi Arabia but this year the first show could not be held due to covid. WWE King of the Ring and WWE Queen of Ring tournaments can also be organized in this event, although it has not been officially confirmed yet, but many media reports claimed it.