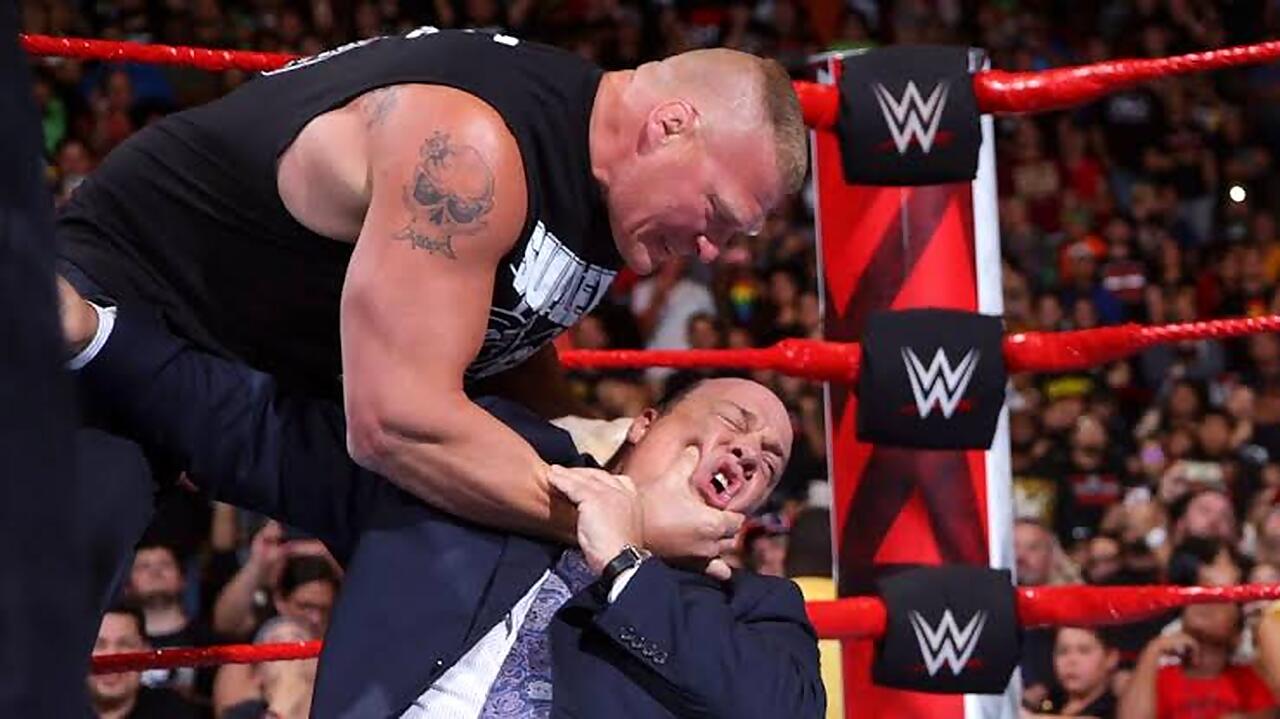 WWE could use Brock Lesnar to increase ticket sales for the return of fans Drew McIntyre and Kofi Kingston mentioned Brock Lesnar on Monday Night RAW Rumors point to a possible duel between Brock Lesnar and Bobby Lashley at WWE SummerSlam 2021.

During the broadcast of the last episode of Monday Night RAW, Drew McIntyre and Kofi Kingston mentioned Brock Lesnar in different interviews behind the scenes, an appeal that was questioned by the current WWE champion, Bobby Lashley.

Several journalists took this as a signal about the possible return of Brock Lesnar to television programming, specifically, the red show. Journalist Andrew Zarian of the Mat Men podcast stated that Lesnar’s return would be a way to incentivize ticket sales for the fans’ next return to WWE shows. “Lesnar was talked about in the initial plans for SummerSlam.

They wanted to do something with him. I think the idea of ​​having Lesnar is to justify what they are going to pay him. their appearances, so Lesnar is going to help sell tickets, obviously, “he stated, Wrestling News transcript.

For his part, the journalist Bryan Alvarez, from Wrestling Observer, pointed out that WWE would be studying the option of facing Lesnar against Bobby Lashley at SummerSlam 2021, a duel about which he has been talking for a long time, and that this would be the reason that led to mentioning ‘The Beast’ in the last episode of RAW.

“When I heard those lines, I thought they’re heading into a Lashley vs. Lesnar match. This is a match they haven’t done before. It’s a match that people have been asking for a long time and maybe it’s their plan for SummerSlam. Or maybe it is for WrestleMania “, have been his words, transcript courtesy of Ringside News.

Paul Heyman hinted at his return to WWE

Recently, Paul Heyman hinted that the return of fans to WWE live events could see Lesnar return. “If you ask me about Brock Lesnar, you are asking me a good question. Because he will decide when to return. If he wanted, he would have already done it. Possibly, perhaps, he has waited for the return of the fans, and he may choose Houston to return … or maybe not, “Heyman said in the conversation with Houston radio.

In a January 2021 interview on Busted Open Radio, Bobby Lashley expressed his desire to face Brock Lesnar. “I want to face Brock, but I have heard several times that it was not going to happen and I do not know why. Maybe he will not come back again or maybe he has other things in mind. I do not know. But I would like to be able to have a fight,” he said the WWE champion.