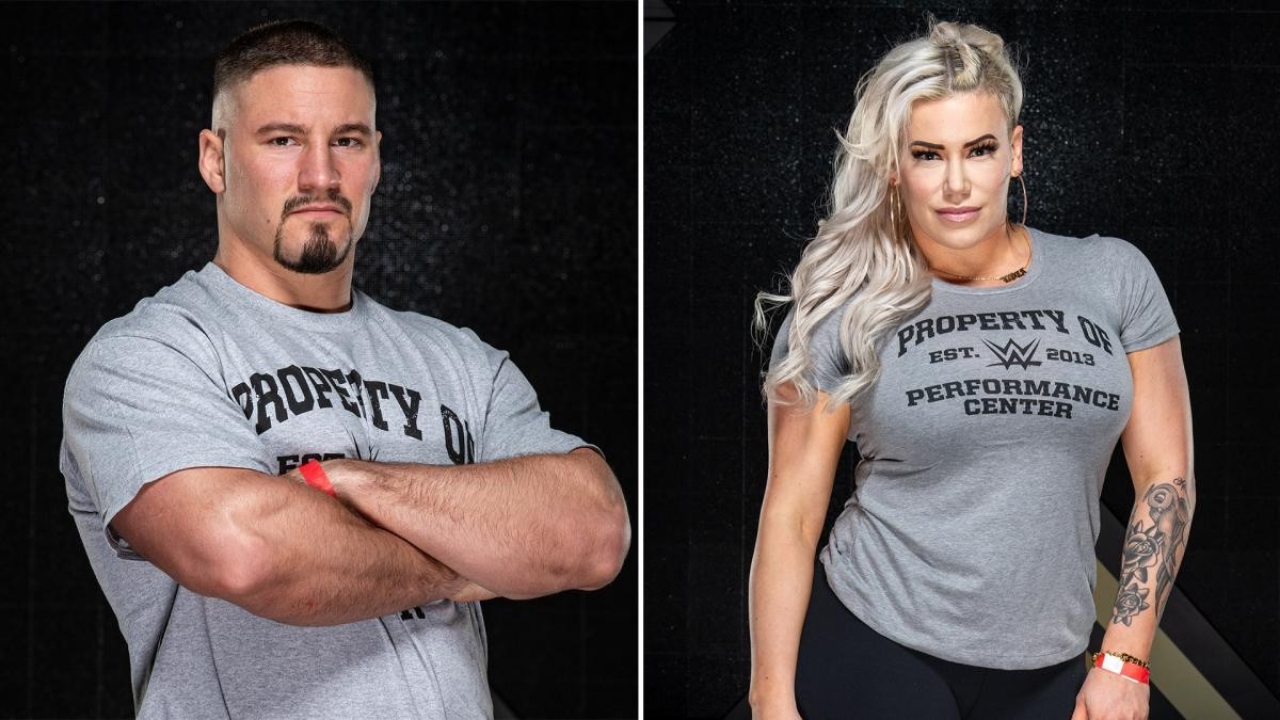 WWE confirms the arrival of the largest promotion in history to the Performance Center Taya Valkyrie, Blake Christian and Parker Boudreaux top WWE’s list of new hires WWE has also reported the arrival of Harlem Bravado, Anthony Henry, LA Knight and Christian Casanova, among others

A new promotion of wrestlers has joined the WWE roster. Yesterday, Mike Johnson, from the specialized portal PWInsider, reported that a score of superstars were summoned to the Orlando Performance Center to start their journey in WWE, after signing their new contracts. Parker Boudreaux, Cora Jade, Zoey Stark, Gigi Dolin, Anthony Henry, Blake Christian and Christian Casanova were the most prominent names, to which has been added that of the former Knockouts champion Taya Valkyrie in the last hours. This afternoon, WWE has made official the arrival of a new promotion of superstars to the Performance Center, the largest in history, including a total of 10 women, another record number.

The company has confirmed the ten names that Mike Johnson advanced. Among the novelties, Shaun Ricker, formerly known as Eli Drake, who already made his debut in NXT under the pseudonym LA Knight, and Harlem Bravado stand out.

Forster, better known as Taya Valkyrie, is a veteran with 11 years of experience in the world of wrestling. The Canadian is a former IMPACT Wrestling Knockouts Champion and a three-time Queen of Queens of AAA Wrestling.

formerly known as Eli Drake, has already made his NXT debut under the pseudonym LA Knight. A prodigy on the microphone, Ricker has been an IMPACT Wrestling World Champion and a NWA Tag Team Champion, alongside James Storm.

better known as Harlem Bravado, has developed an extensive career as a tag team wrestler with his brother, Lance Bravado, which has led him to compete in companies such as EVOLVE, ROH, NWA or Pro Wrestling NOAH.

Brother of Jacob Kasper, who joined the Performance Center in October 2020. Kasper has competed in Olympic wrestling at the University of Otterbein and was the leading candidate to win the NCAA Division III tournament. Matrick Belton:

Former American football player at the University of South Carolina, participated in the training camps of the Philadephia Eagles. He has trained in professional wrestling at the Combate Zone Wrestling academy in New Jersey.

With four years of experience, the formerly known as Camron Branae has had the opportunity to share the ring with fighters of the caliber of Shotzi Blackheart.

25 years old, Ariola is an amateur wrestler from Oak Park, Illinois who had an undefeated career in high school on a national level. He then wrestled at the University at Buffalo and qualified for the 2016 NCAA tournament.

better known as Avery Taylor, has had the opportunity to fight in companies such as EVOLVE Wrestling or SHINE in her five years of experience. She was also part of a battle royal that determined the contender for the NXT Women’s Championship in September 2020.

Angela Arnold – A Booker T alumna, has competed on the independent Texas scene under the pseudonym ‘AQA’. Christian Brigham – With seven years of experience, Christian Casanova became one of the industry’s leading promises for his aerial style. He has competed in companies such as GCW, Beyond Wrestling or Chaotic Wrestling.

Parker Boudreaux – 22-year-old UCF Knights college football player who rose to fame due to his physical resemblance to Brock Lesnar.

Formerly known as Priscilla Kelly, 23-year-old Dolin made a name for herself in companies like EVOLVE, RISE, or SHIMMER. She has fought twice on AEW, including a loss to Britt Baker on an episode of AEW Dynamite. He made his WWE debut at the 2018 Mae Young Classic.

Anthony Henry: At 36, Anthony Henry has a long history behind him. For two decades, half of The Workhorsemen have been EVOLVE tag team champions, as well as being one of the biggest figures on the North Carolina scene.

Christian Hubble: At 23, Blake Christian is one of the newest rising stars. Despite his youth, Christian made a name for himself wrestling at GCW, which led to his wrestling in the NJPW American division, where he participated in the Super J-Cup tournament, and IMPACT Wrestling. Cora Jade:

Elayna Black, the name by which Jade was known in the indie scene, has appeared in a couple of episodes of AEW Dark and was a regular member of the Warrior Wrestling cast. In November 2020, he performed a tryout in WWE.

Rivera, 29, has already wrestled in ROH and NXT. Zoey Stark – Formerly known as Lacey Ryan, she has been a regular for Championship Wrestling From Hollywood. He has also competed in IMPACT Wrestling and SHIMMER.