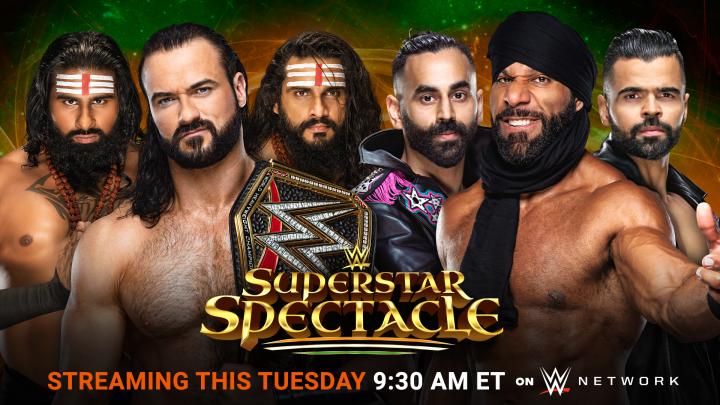 Through its social networks and its website, WWE has announced the full card of Superstar Spectacle 2021, the exclusive event of WWE Network dedicated to the Indian public.

A few hours after this special show, the company has confirmed the five fights that will take place during the day. The main event will be a tag team match that will see Indus Sher and WWE Champion Drew McIntyre taking on returning Jinder Mahal and The Bollywood Boyz.

Other superstars of Indian origin will have their places at the event, including Guru Raaj taking on Finn Bálor in a non-title match, and AJ Styles heads-up against Jeet Rama.

WWE Superstar Spectacle will take place on January 26, the so-called “Republic Day” in India. Fans from that country will be able to watch the show through the Sony India channels, while the rest of the world will have the transmission available on WWE Network.

Charlotte Flair and Sareena Sandhu vs. Bayley and Natalya 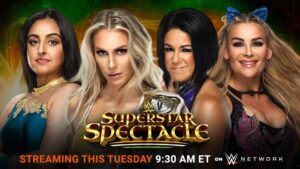 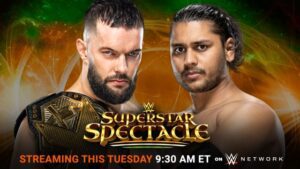 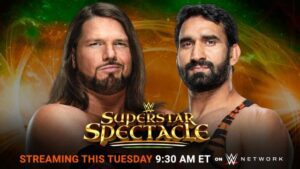