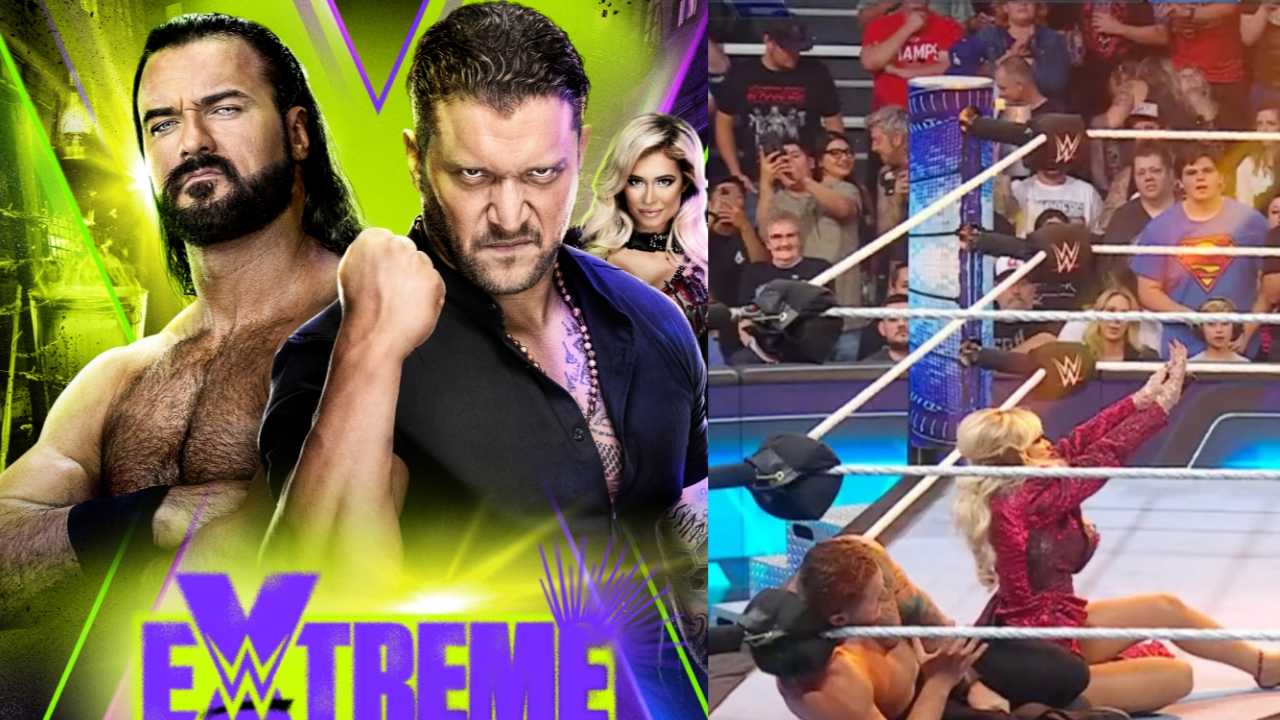 During the show, Drew McIntyre cut a promo where he assured that he is tired of seeing Karrion Kross run, after this, he challenged Kross to a Strap Match at WWE Extreme Rules.

Later, Karrion Kross’s entrance music played, however, Scarlett appeared and Kross attacked him from behind with some lashes.  Scarlett told her partner to get away from her and threw a fireball at Drew, after which, Kross knocked his rival unconscious and accepted the match.