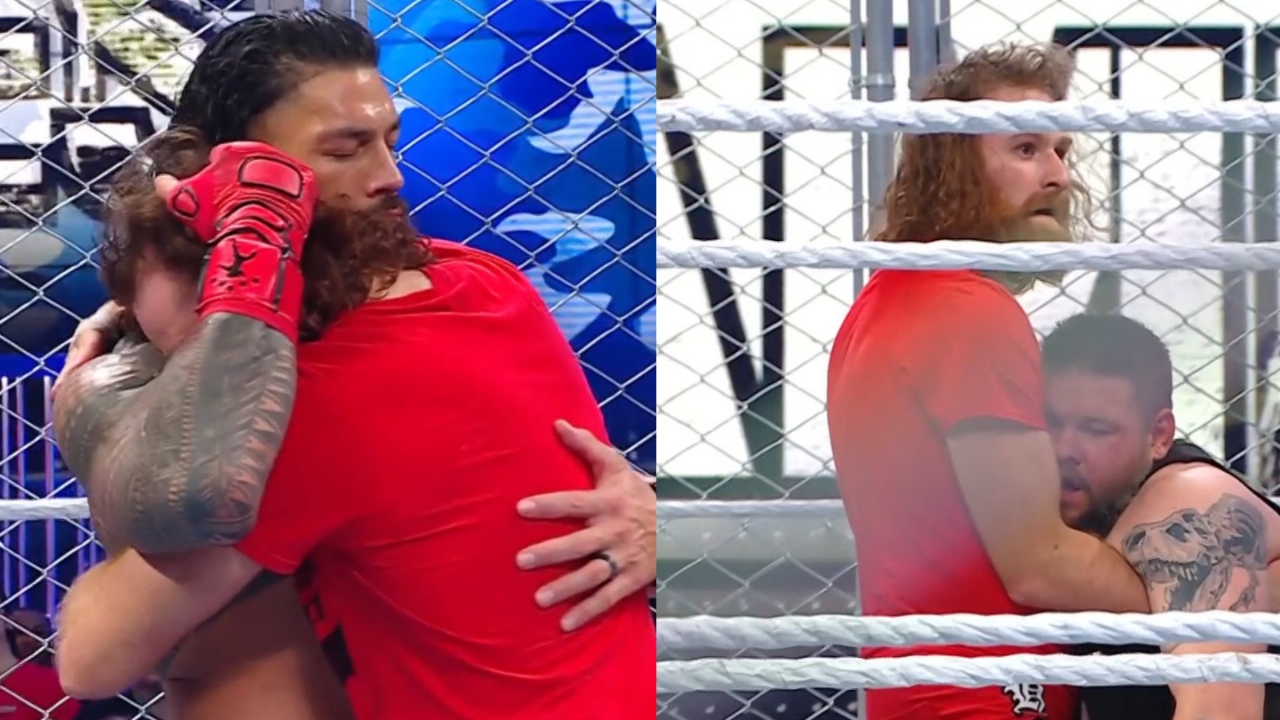 During the Survivor Series WarGames main event once Kevin Owens applies his finisher move on Roman Reigns & covers on Reigns  ref. was counting but just before 3rd count Sami Zayn caught official’s hand & stopped him this way he saved Roman from his first pinfall loss in nearly 2 years . You can watch the video clip below.

The Bloodline team won the WarGames match against Brawling Brutes, Drew McIntyre and Kevin Owens. Here is what happened during men’s Wargames match at Survivor Series.

Butch and Jey Uso started the fight. The tag team champion provided dominance until Ridge came out in support of his fellow Brawling Brutes. Jimmy was going to go out in the second instance, but “The Big Dog” chose Sami to accompany Jey.

After several entries, captains Sheamus and Roman Reigns were the last to enter the double steel cage. The war games began with disagreements between Jey and Sami. The five rivals of The Bloodline attacked in unison with blows to the chest. The rude were in danger for a good part of the fight.

After taking an accidental Superkick, Sami Zayn decided to take a low blow on his best friend Kevin Owens before the latter took the victory over Reigns. Sami finished Kevin off with a Helluva Kick and set him up for Jey’s Uso Splash for the pinfall win. After the victory Roman Reigns & Jey Uso acknowledge Sami Zayn .