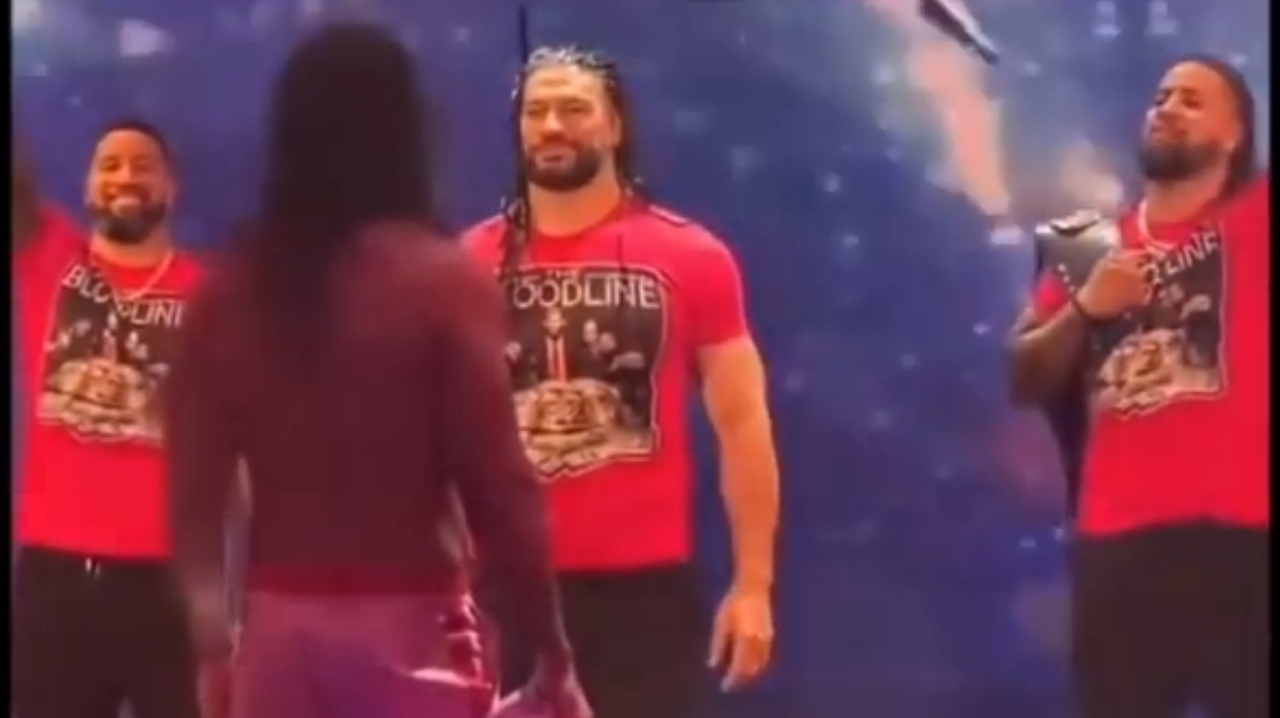 This week’ Raw show went off the air after the main event . When Seth Rollins was going backstage after disappointed from Big E vs Kevin Owens match result, the already-advertised Roman Reigns without Paul Heyman was walking towards the ring for his dark match.

We got to see Roman Reigns face off with his old Shield partner Seth Rollins at that time, both of them looked into each other’s eyes and after that Rollins went backstage.

After it Roman Reigns and The Usos faced Drew Mcintyre and The New Day’s Kofi Kingston and Xavier Woods in a dark match where Blooddline had the upper hand most of the time in that match but at the end Drew Mcintyre gave his team the victory with a Claymore to one of the Uso.

This week WWE advertised Roman Reigns to boost it’s tickets sale, so we got to see a Roman Reigns into the dark match.

In the main event of WWE Raw, there was a match between Big E and Kevin Owens, in this match it was the stipulation that if KO wins this match, he will be added to the WWE Title match between Seth Rowling and Big E, Into the Day 1 PPV, Seth Rollins didn’t like this and started attacking Kevin Owens in the middle of the match due to which Owens won the match via disqualification and the Triple Threat match for Day 1 became official .