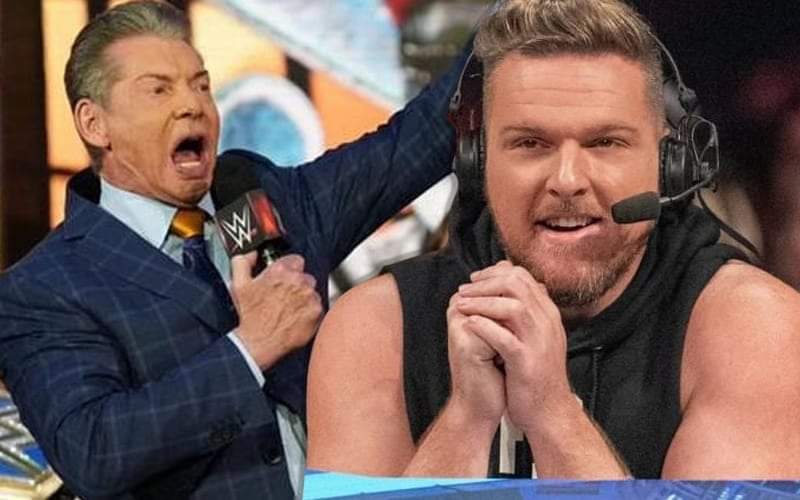 BREAKING: @VinceMcMahon will join Pat McAfee next Thursday on the @PatMcAfeeShow! pic.twitter.com/g2X5CFsCM0

During the broadcast of the last episode of Friday Night SmackDown it was confirmed that Vince McMahon will be the special guest of commentator Pat McAfee’s podcast next Thursday, March 3. McAfee himself was in charge of promoting the news.

In the hours after the show, more information about it has been leaked. POST Wrestling journalist John Pollock has mentioned on his website that Vince McMahon has considered his return to the ring and that it is very likely that the start of his storyline at WrestleMania will start on the McAfee podcast.

The goal is to present a fight between Vince McMahon and Pat McAfee at WrestleMania or some kind of storyline in which both are involved.

“We have been informed by multiple sources that McAfee is up for something on the show involving McMahon,” Pollock said. “When speaking to a source with knowledge of the situation about whether it will take place as an official match on the WrestleMania card, we were told ‘most likely’.

Vince McMahon is 76 years old and the last time he wrestled was at WrestleMania 26 in March 2010 against Bret Hart in Glendale, Arizona. In October 2012, he participated in a match with CM Punk, which was not recognized as an official match.

Over the years, he’s been involved in some physical moments, including being headbutted by Kevin Owens during an episode of SmackDown on September 17, 2017, which you can watch below.
WWE turns to the old glories It’s not the first crazy idea we’ve heard in recent days. Rumor has it that Stone Cold Steve Austin will also be part of the WrestleMania 38 card.

At the moment, there is no news of the Rattlesnake, but Kevin Owens continues to leave breadcrumbs as the days go by. Supposedly, Owens will be his rival on the show.