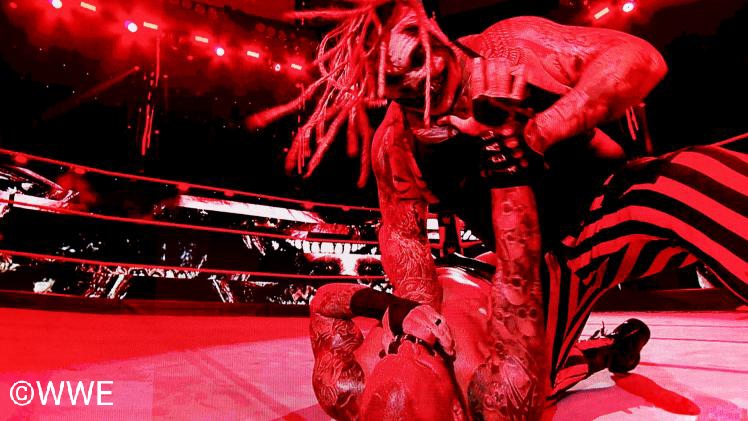 Bray Wyatt drastically changed his appearance last year. At the SummerSlam event, he showed his new alter ego ‘The Fiend’ for the first time in a fight against Finn Bálor. On that occasion, The Fiend not only showed themselves physically, but also made their appearance with a new theme song, produced by the American hardcore punk band Code Orange.

In the last few hours a huge record has been reported for this song. The Code Orange account itself has been in charge of announcing that the song ‘Let Me In’ is among the most hummed songs of 2020 according to Google, a list provided by the specialized music portal Billboard. Specifically, the song is currently ranked 26th.

The news is big business for WWE and its music product. ‘Let Me In’ is the only company-related song to be found on this list. It’s also great news for Code Orange because the band has gained quite a bit of fame since their association with WWE. “Right between ‘WAP’, ‘baby shark’ and ‘let it go’, ‘let me in’ is the 26th most hummed @billboard @Google song of the year,” they wrote on Twitter.

right in between “WAP”, “baby shark”, and “let it go”
“let me in” is the 26th @billboard @Google top hummed song of the year 🤯@WWEBrayWyatt @WWE pic.twitter.com/MheqFsbU49

WWE published the song on their official ‘WWE Music’ channel a year ago. It is currently the most reproduced of all with more than 7.2 million reproductions. Here is a list of the most played songs on the WWE YouTube channel published in the last two years. Most Streamed WWE Songs 1. Let Me In (“The Fiend” Bray Wyatt): 7.2 million 2. Gallantry (Drew McIntyre): 7.1 million 3. Undisputed (Undisputed Era): 5.7 million 4. Shadows of a Setting Sun (Shinsuke Nakamura): 5.5 million 5. No One Will Survive (Tommaso Ciampa): 4.4 million 6. One and Only (Ricochet): 3.8 million 7. Medal (Kurt Angle): 3.7 million 8. Rebel Heart (Johnny Gargano): 3 million 9. The Second Coming (Burn in Down) (Seth Rollins): 2.9 million 10. Limitless (Keith Lee): 2.7 million