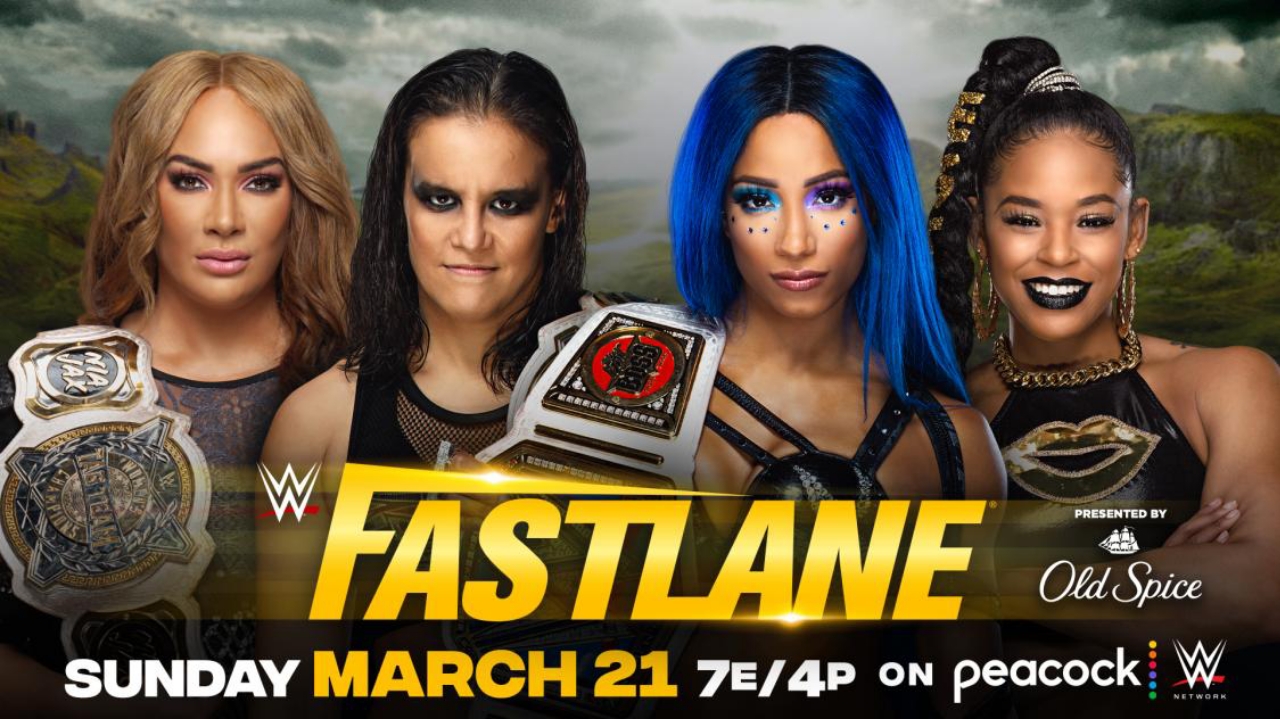 WWE announced on its official website that Nia Jax and Shayna Baszler will defend the Women’s Tag Team Championships against Bianca Belair and Sasha Banks at WWE Fastlane.

“Although Baszler and Jax do not have a good individual relationship, the duo managed to get the titles twice and currently have a 32-day reign. But will they be able to beat the two superstars who are currently at the top of the women’s division? ”

“Banks has proven to be one of the most dominant women in her division and Belair is with all the momentum in the world. The two have beaten Baszler & Jax alongside Reginald on SmackDown, but the champions responded with a victory at WWE Elimination Chamber?

Will they be able to work together effectively to win the championships with their future WrestleMania match on the way? ”

The struggle between Kai and Shayna caused the referee to be beaten and Adam Pearce called a referee who did not see the relief between Dakota and Gonzaléz. Even though Kai gave up, she was not the title fighter of the match. Even so, the referee gave the victory to the current champions, which generated the annoyance of William Regal, who after the fight argued with Pearce in the backstage area.