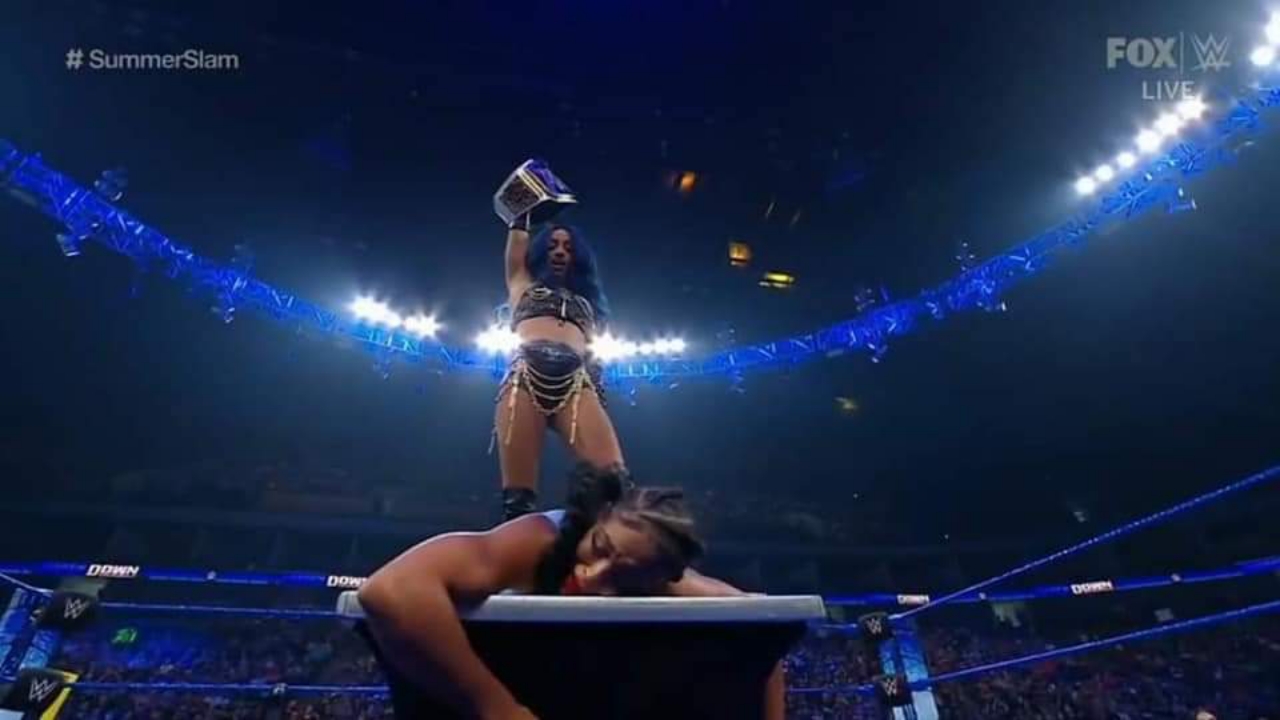 Sasha Banks and Bianca recently missed 2 consecutive live events of WWE. The two had been advertised earlier and when they were absent from the live event, WWE did not give any obvious reason, saying that both were absent due to “unforeseen circumstances”. But PW Insider is reporting that Bianca and Sasha could miss WWE’s biggest party SummerSlam 2021, and the match between the two could be pulled.

It was announced at the event that Belair and Banks would not be appearing due to "unforeseen circumstances".

There is a lot of concern among WWE managers about the possible absence of both Sasha Banks and Bianca Belair this Saturday at SummerSlam ,Both missed the last two WWE live events and their absence was explained as “unforeseen circumstances”. This fight has been highly promoted and considered the second main event of SummerSlam, and in case it has to be cancelled, it is going to represent a huge loss for the event.