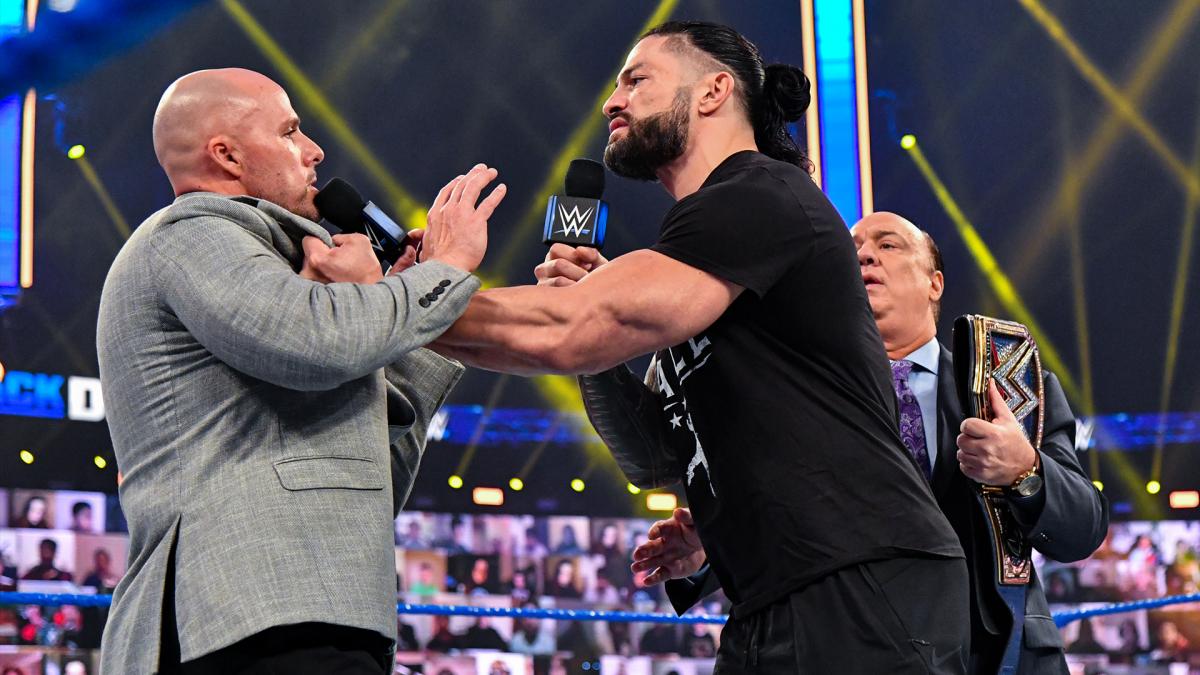 Roman Reigns will face Adam Pearce next week on SmackDown.

A few hours ago, in coverage of the NFL playoffs, FOX announced that Roman Reigns will face Pearce next Friday, January 15, on Friday Night SmackDown.

On the latest episode of SmackDown, Roman Reigns questioned Adam Pearce’s managerial decisions to give Kevin Owens a match against Jey Uso. To prove that the Universal champion is in control of the show, Paul Heyman moved his contacts and made Pearce convert in competitor of the Gauntlet Match.

Reigns and Uso accompanied Pearce to the ring and attacked Shinsuke Nakamura to clear his way. They then beat Pearce to dump the GM’s body on Nakamura to secure a title match at Royal Rumble.

Recall that WWE previously announced through a press release that there will be a hand-to-hand fight between Shinsuke Nakamura and Jey Uso.