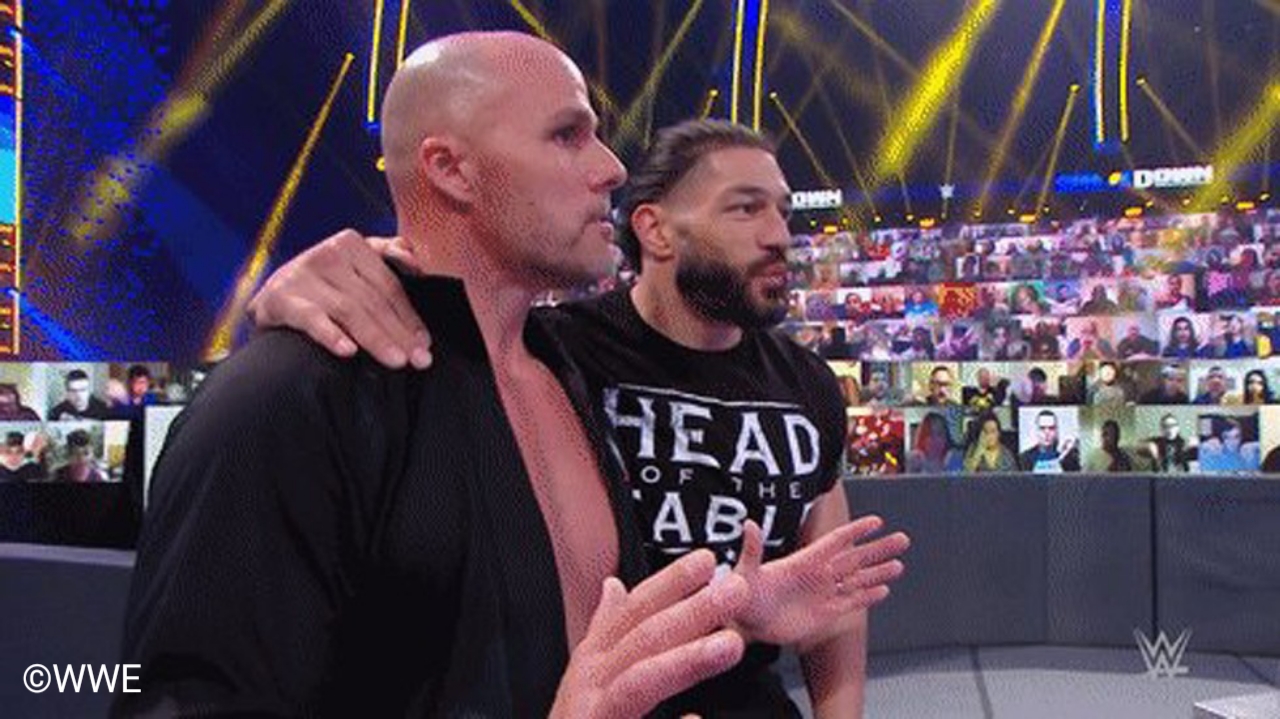 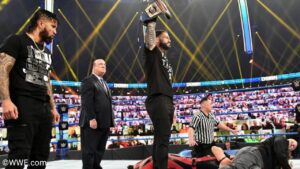 During the Friday Night SmackDown broadcasts via FOX, it has been confirmed that Roman Reigns will defend the Universal Championship against Adam Pearce at Royal Rumble 2021, WWE’s next pay-per-view.

Before the match, Paul Heyman announced to Commissioner Adam Pearce that champion Roman Reigns chose to add him to this match. The match started when Rey Mysterio quickly finished off Sami Zayn using the 619 and Frog Splash.

Shinsuke Nakamura entered the ring and surprised with his performance by knocking out Mysterio, King Corbin and Daniel Bryan. However, “The King of Strong Style” was not spared from the dirty games of Roman Reigns and Jey Uso.

The two attacked Nakamura before Adam Pearce entered the ring. Refusing to iron his rival, Adam received a Superkick from Jey and was dragged towards Shinsuke for victory on the count of three.

WWE Royal Rumble will take place on January 31, 2021 from Tropicana Field in Saint Petersburg, Florida. Fans will be able to watch this event via pay-per-view and through WWE Network, as well as in the virtual audience “ThunderDome” mode. Next, the billboard of the event to date