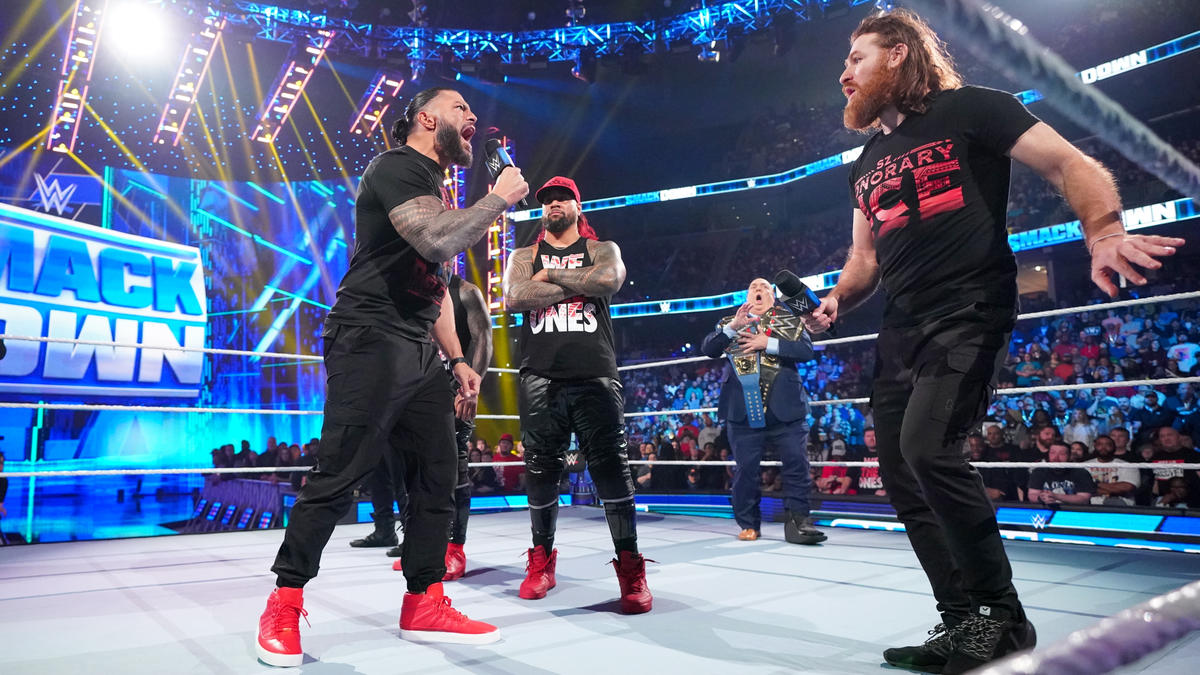 Catch the epic battle between Roman Reigns and Kevin Owens at WWE Royal Rumble 2023 for the WWE Undisputed Universal championship. Don’t miss out on the action-packed match as they are once again ready go head to head in this highly anticipated showdown.

What happened during this week’s SmackDown’s opening segment

The Tribal Chief kicked off the first show of 2023 of Blue Brand. Reigns tell Heyman that first, he wants to hear from Sami Zayn.

Sami Zayn says “My tribal chief, you saw how we started Raw and tonight and how we are going to start every event because all events belong to the Bloodline. Sami continues to Roman & says, on Raw, the entire Bloodline won their respective matches.

Roman said “I don’t care what happens this year, I care what happened last year, Sami and I fought against Cena and KO and what do you think happened? Some say we lost, and that’s something I don’t understand Because The Tribal chief never Loses, that is not in t their DNA. I didn’t lose, SAMI LOST, my shoulders were not on THE CANVAS, IT WAS SAMI’S”

Kevin Owens interrupts & says “Before things go too far, Roman you need to calm down because what happened is that you have anger towards the wrong person. Last time I found out, I was the culprit, but now your problem is not with Sami, your problem is with me.

After a few minutes, it was officially announced that Reigns & KO will fight for the unified title at Royal Rumble. You can watch Full match Roman Reigns vs Kevin Owens for WWE Universal Championship match at  Royal Rumble 2017 below