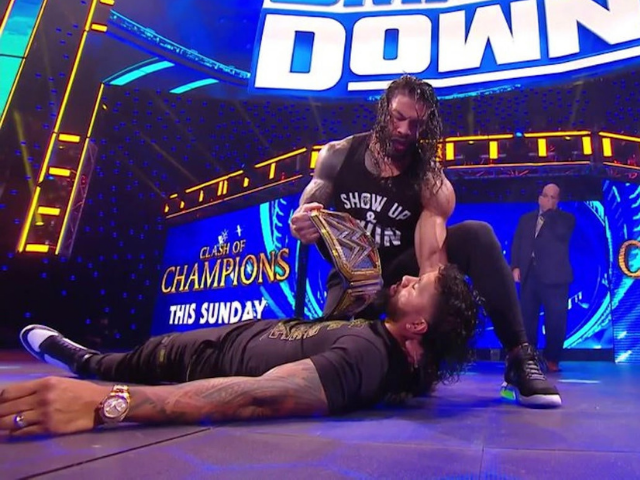 WWE Surprise All Wrestling Fans by putting Roman Reigns and Jey Uso against each other for Universal Title at WWE Clash of Champions 2020. Every segment and promo has been exhilarating for fans. In Today’s Show Jey Uso Strutted his way to the ring and asked interviewer Corey Graves to take the night off. Uso wanted some answers tonight from Roman Reigns. 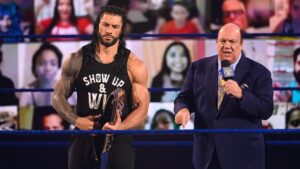 Uso Started asking Reigns about his angry look following last week’s match. Paul Heyman made it clear that the Roman answers when he wants, and definitely not when somebody else demands like you. Although Uso was determined to Reigns Speak today.

At Almost Mid of Tonight’s SmackDown Show, Roman finally came out to the ring. Then Uso Interputed paul heyman after it  the Big Dog did exactly what he does best show Jey Uso where he belongs. Universal Champion  made it very clear to his brother that the responsibility and pressure that comes with being no. one is something you cannot handle it. Although, Uso will always remain one half of the greatest Tag Team Champions of the decade but he will never be at the top .

Jey did not stop when roman was going back he continued questioning. Then he claimed that at the clash of champions he will beatdown to roman reigns once again and will become new champion. One think we all keep into the mind that uso is the first guy who pinned roman reigns first time.

When uso finished his segment we walked back to the reigns who came with a superman punch ,dropping uso to the floor. Then Roman said to uso that if he want this title he will need to take the beating that comes with it.