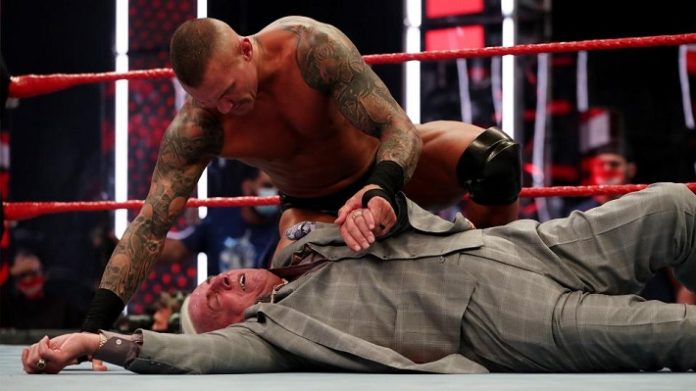 The former wwe champion reacted on twitter on randy orton’s attacked on him at wwe raw’s episode on 10th august 2020.As we saw that the viper randy orton attacked on nature boy ric flair with a low blow & punt kick after defeated to former champion kevin owens with RKo.

As usual viper huged nature boy to show off that he is apologizing and then turned into a heel 7 low blow to former champion.

Ric flair reacted and said-i wanted last night to go differently.what i would i have said is i don’t know what would have happened if my son was in this business. but i do know what charlotte has done .and like you randy she is much better then i ever was just like you have surpassed your father that’s it.