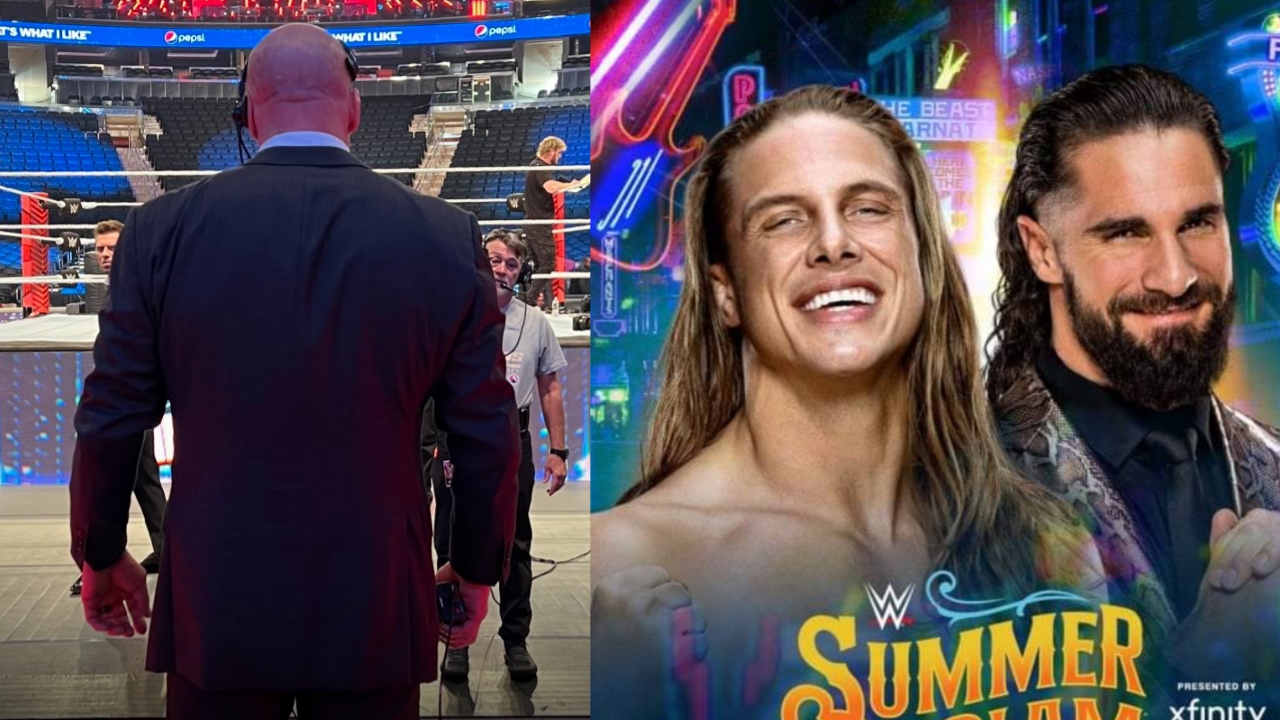 More details of the suspension of the fight between Seth Rollins and Riddle are revealed. Riddle’ injury is a part of storyline & creative adjustments.

As announced a few hours ago, the match scheduled for WWE SummerSlam 2022 between Seth Rollins and Riddle was suspended due to an injury to the member of RK-Bro. However, it would be a casualty as part of the story and there would be an intention to carry out the fight later.

Sean Ross Sapp of Fightful Select reported that this creative change by Triple H, now the absolute boss in that aspect, is due to “creative adjustments” to be able to postpone the fight for later. The idea would be for both to see each other in the ring in Wales, during the PLE Clash at the Castle. Here is what fightful States

BREAKING: @WWERollins injured @SuperKingofBros with a vicious attack on #WWERaw that resulted in a brachial plexus injury (a stinger). Riddle is medically disqualified until full strength returns.

Due to this injury, Riddle vs. Rollins at #SummerSlam has been postponed. pic.twitter.com/JYauGAXuAN

We’re told that the injury is kayfabe, and there are a plans to do the match down the line. Those we spoke to claim it was due to “creative adjustments.”

We’re told talent was informed Monday, and the working plan was to have the match take place at Clash at the Castle in September. However, with the ever-changing WWE landscape, it’s quite possible that isn’t final.

As of now, Seth Rollins is still expected to travel to Nashville for Summerslam weekend, and has media obligations scheduled Friday.” H/T Fighful Select

Seth Rollins apologized fans who purchased tickets to see Rollins in action the new creative Boss Triple H comments on Seth Rollins’s post & said “I hear you” . It’s mean we are definitely going to see The architect will be in action at SummerSlam with a mystery opponent or WWE will announce replacement of Riddle.

When will Seth Rollins vs Riddle match happen

The Seth Rollins vs. Riddle could finally take place in Cardiff, for WWE Clash at the Castle WWE’s next premium live event in UK.

In the last program of Monday Night RAW, at Madison Square Garden, Seth Rollins attacked Riddle after the main event against the ground and against the metal stairs by means of two Curb Stomp. According to a WWE statement, this would have caused an injury that does not allow him to be in WWE SumerSlam.