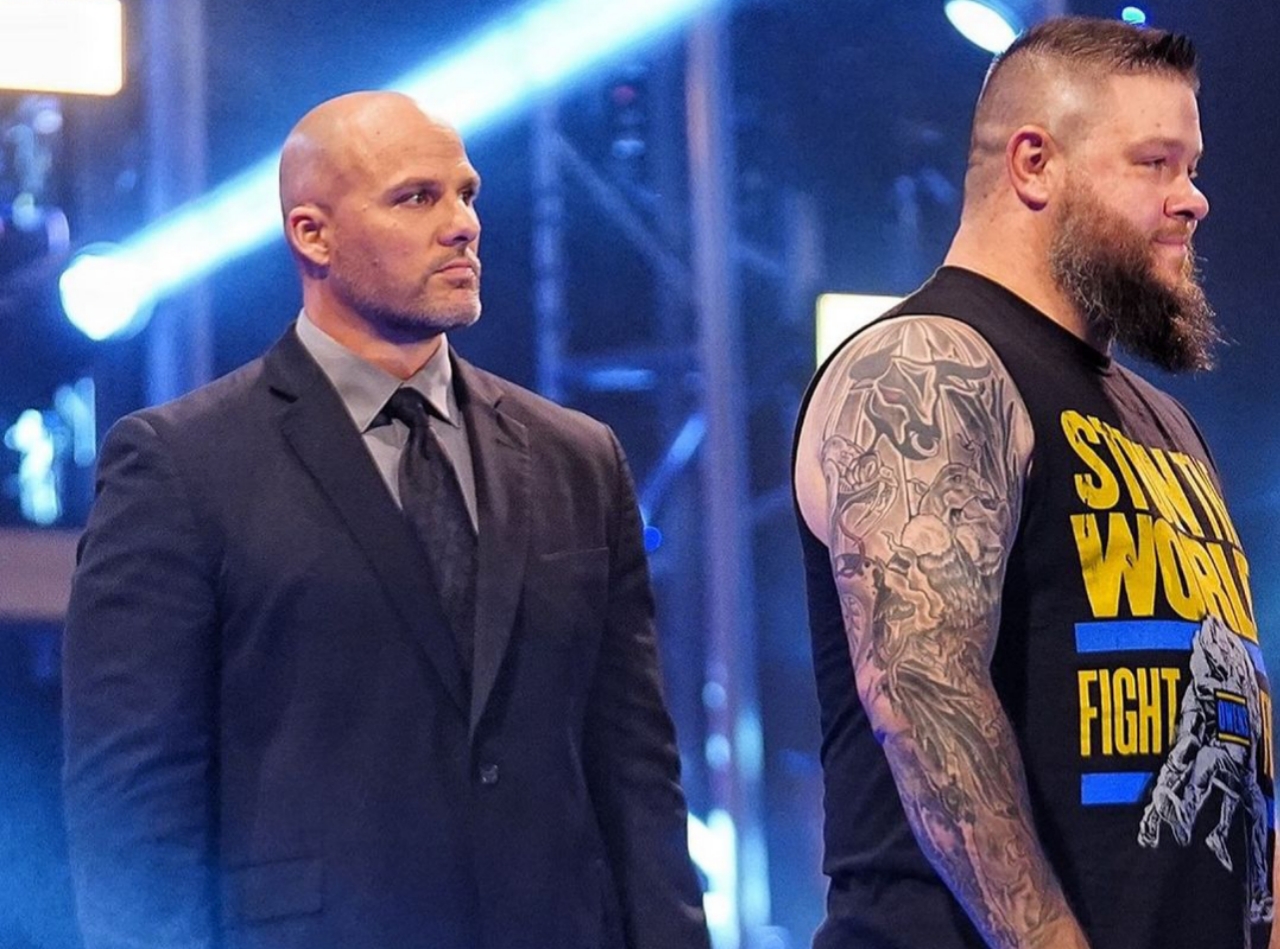 Roman Reigns, Jey Uso and Paul Heyman come out to the ring. Adam Pearce then arrives to sign the contract. Jey rudely lifts Adam up to give Roman his chair.

Pearce, sits in another chair, and with great annoyance, signs the contract. Roman, almost smiling, signs as well and makes himself comfortable in his seat. Pearce complains about having to wait all night for this and leaves the ring, but can’t seem to walk.

He starts talking about knee injuries. “Like all WWE contracts, the card is subject to change. But I assure you there will be a suitable replacement. And that’s exactly what I have in mind.” Kevin Owens! KO comes out and signs the contract to face Roman Reigns at Royal Rumble for the Universal Championship. End of stream.