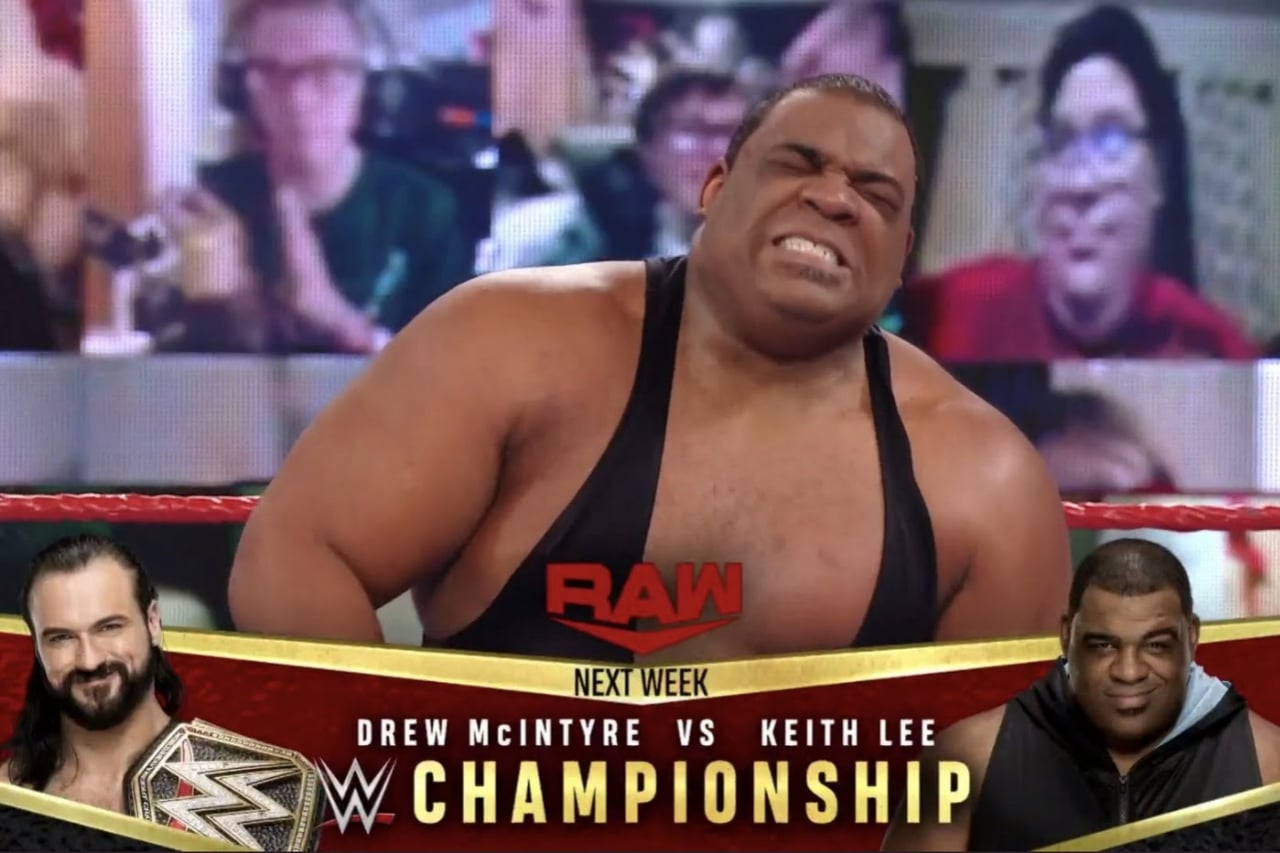 Keith Lee will face Drew McIntyre for the WWE Championship at RAW Legends Night ,The Limitless defeated Sheamus in the first moments of Monday Night RAW Lee will get his first title shot in WWE’s main cast.

During the Monday Night RAW broadcasts through the USA Network, it has been announced that superstar Keith Lee will have a shot at the WWE Championship against Drew McIntyre in the special episode of the red show dedicated to legends of the past.

This week’s episode of RAW began with a heads-up between Keith Lee and Sheamus for a shot at the WWE Championship. The confrontation quickly became personal, being a physical exchange that lasted for several minutes. Despite the struggle of “The Celtic Warrior”, it was Keith who finally managed to connect his Spirit Bomb before the count of three.

Thus, Keith Lee will have his first starting opportunity next week. Lee signed a contract with WWE in 2018. The wrestler remained as a mid-card fighter for NXT until the 2019 Survivor Series. His participation in the pay-per-view catapulted him to the top among fans.

At the end of the same year, “The Limitless” won the North American NXT Championship, his first reign in Vince McMahon’s company. Several weeks ago he also managed to win the NXT Championship in a Winner Takes All, becoming the first fighter to lift both men’s titles simultaneously.

RAW Legends Night will take place on January 4, 2021 from the Tropicana Field Center in St. Petersburg, Florida. Fans will be able to watch the show via the USA Network, or by registering in the next few days to be part of the Thunderdome. Remember that this special broadcast will feature the participation of various legends from the past.