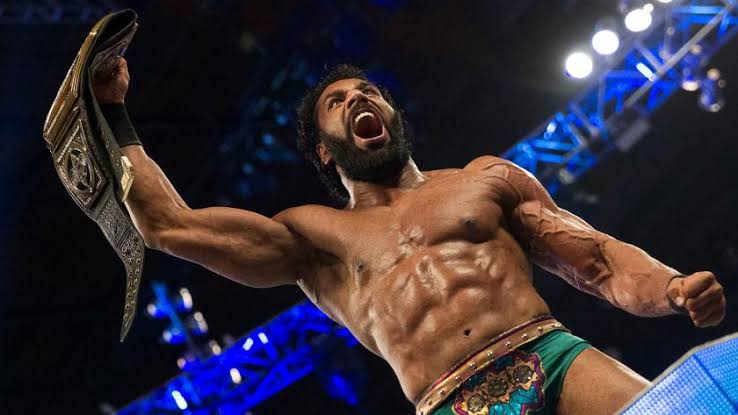 Former WWE Champion Jinder Mahal responds to wrestling fans who say that Mahal is the worst champion in WWE history .In a recent exclusive interview with  Givemesport, Jinder has openly responded to his criticisms.

When the journalist asked him that most fans call him the experimental Champion of WWE, people say that WWE made him champion to expand company’s market in India, Mahal replied that even when he was not in WWE, the show like Raw & SmackDown were aired in india on Sony Tv. And even when he was kicked out of the company in 2014, WWE’s shows used to come to India, so it’s entirely baseless claims that WWE made him a champion for his promotion in India. I got everything with my hard work and took advantage of every opportunity I got. Here is what Mahal stated

“They are just people who are downplaying my achievements. WWE’s TV deals in India were already in place when I was on 3MB and I think when I was fired RAW continued to air on Sony. When I came back, the show was still running. No They brought me back to be WWE champion. At that point, they separated the rosters again, on RAW and SmackDown, and they needed people who were ready to appear on television. At some point, I realized that this was the way to reach stardom, so I decided to show up, knock on the door and become a WWE champion. “

There are only 2 days left in WWE’s biggest party Summer Slam 2021, in this big event, Jinder Mahal will face Drew Mcintyre. Mahal has continued with his speech referring to his opponent at SummerSlam, Drew McIntyre, and has criticized that no one accuses the Scotsman of having been used to lead the expansion of WWE in the United Kingdom.

The rivalry between @DMcIntyreWWE and @JinderMahal is set to boil over at #SummerSlam! https://t.co/zRVsA8im9e pic.twitter.com/hTQ5IXfX9x

Remember that WWE released Jinder Mahal in the year 2014 but after 2 years in 2016 he again returned to WWE and became the WWE Champion in the 2017 Battle Round PPV where he defeated The Legend Killer Randy Orton and was going to fight Brock Lesnar at Survivor Series But Aj Styles pinned him on an episode of Raw and won the championship to replaced him against Brock.